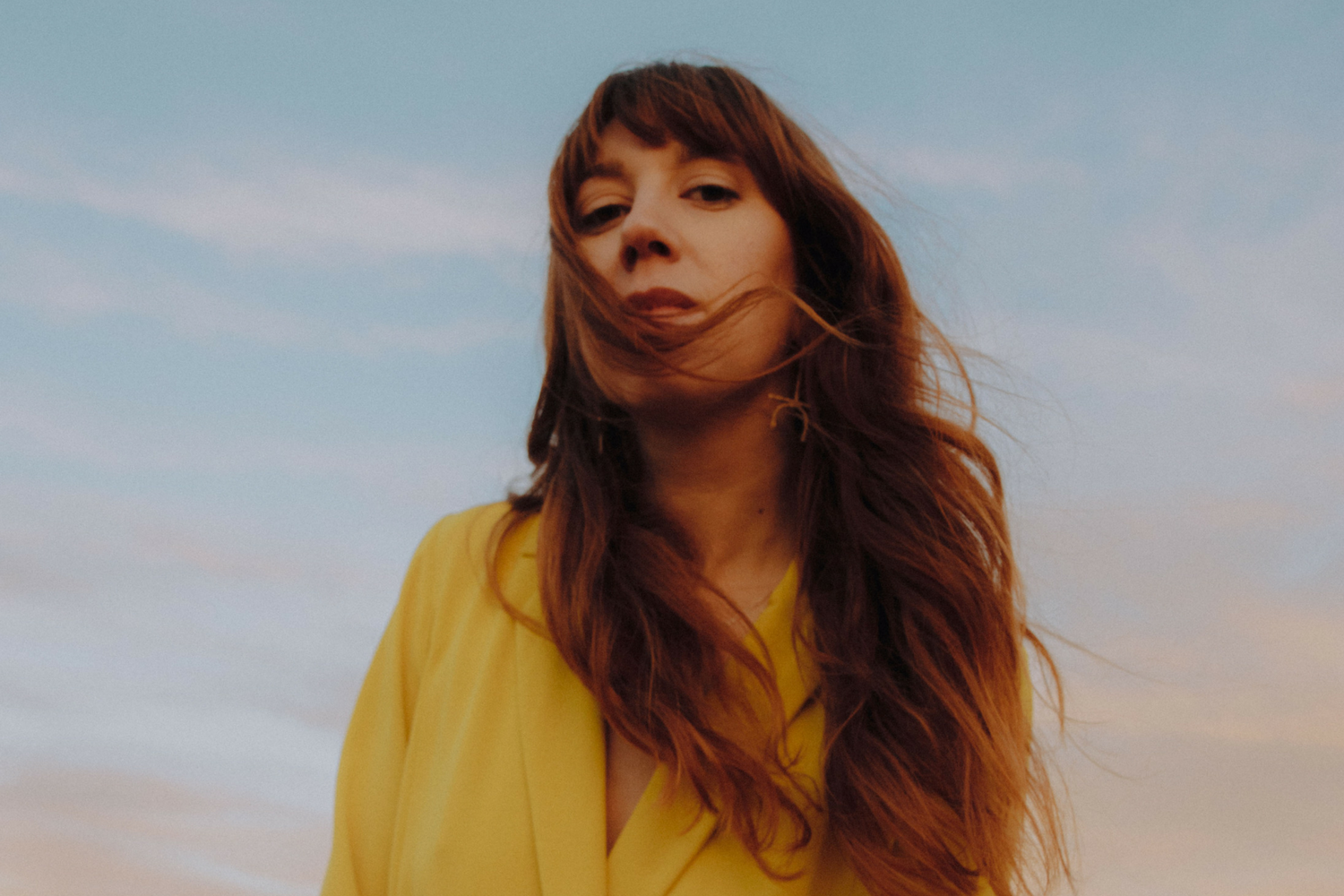 Not often would you find an artist as open and honest about their music as Ella Vos. Her ethereal aesthetic and uptempo pop beat make you feel like you're entering into a psychedelic Californian dream, all backed by lyrics that empower and encourage women everywhere.

Ella began playing piano at five and after taking a break from it in high school, Ella says “ I realized that I didn’t have any other way of really expressing myself and that I couldn’t live without my piano”.

Although she wasn’t always sure she would have a career in music, she says, “I always knew it would be part of my identity”. Raised on classics like Joni Mitchell, Carole King, Madonna, The Beatles, and Pink Floyd, She says, “Some of those records are still my favorites of all time, and I recall them quite a bit when I’m writing my own music”. It wasn’t until after the birth of her son however, that Ella began to dive fully into the music industry.

If you listen to her new album 'Words I Never Said'  you can hear the progression of her emotions and feelings. Her journey takes us full circle, through the tumultuous journey of postpartum depression with “White Noise”, the heartbreak of a failing relationship with “Down in Flames”, and finally, to a peaceful acceptance with the last song “Suddenly”, a love song to her son. (I love this good job describing the song)

“Writing the album was a constant evolution,” Ella explains, “It began with one song, ‘White Noise’, which helped me open up about my own personal experience with postpartum depression”. From there she continued to write saying, “The vulnerability of that song inspired my writing for the next couple of songs I wrote”. After releasing a few more singles, Ella realized the songs belonged together. She says that the songs were “Creating a journey, outlining a path I was on which was becoming more open and honest with myself, as I wrote about experiences that I normally would have kept to myself”.

Ella told me about one of the darker songs on the album, and one of my personal favorites, “Down in Flames”. She explains,“[The song] is about my relationship with my husband, and how it had changed after we had a baby and I had started a career as a songwriter. We didn’t prepare ourselves for the possibility that I’d suffer from postpartum depression, and I think we really let it get in between us. It was also difficult to figure out our work life balance, as I became busier with writing and traveling. There was a few months where it just felt so dark and heavy, and we couldn’t have a single normal conversation. It felt like the end of us. (Luckily we worked through it.) I think having a baby changes you, and I think you need time to settle with yourself and allow that for your partner as well”.

This openness with herself and with her fans is just one of the things that is so uplifting and special about Ella Vos. Her songs are unforgettable and make you want to get up and dance, while at the same time inspiring equality and taking a stand. I’ve been obsessed with her songs “You Don’t Know About Me”, and “Rearrange”, not to mention her amazing, kaleidoscopic videos on Spotify.

Ellas dreamy voice is distinctive and sets the mood for her whole aesthetic, ensuring that her sound stands apart from the rest. Her message, “Be yourself, be honest, be open-minded” stands as something everyone could learn from and is a refreshing thing to hear in today's music industry.

If she could tell her younger self one thing it would be to ask more questions. She says, “I’ve always been scared to ask questions when I don’t know something, and I’ve missed out on a lot of good advice because of it”.

As for what’s next, Ella will be headlining a tour in February, so don't miss her, get tickets here. Follow Ella on Twitter, Instagram, and Spotify.