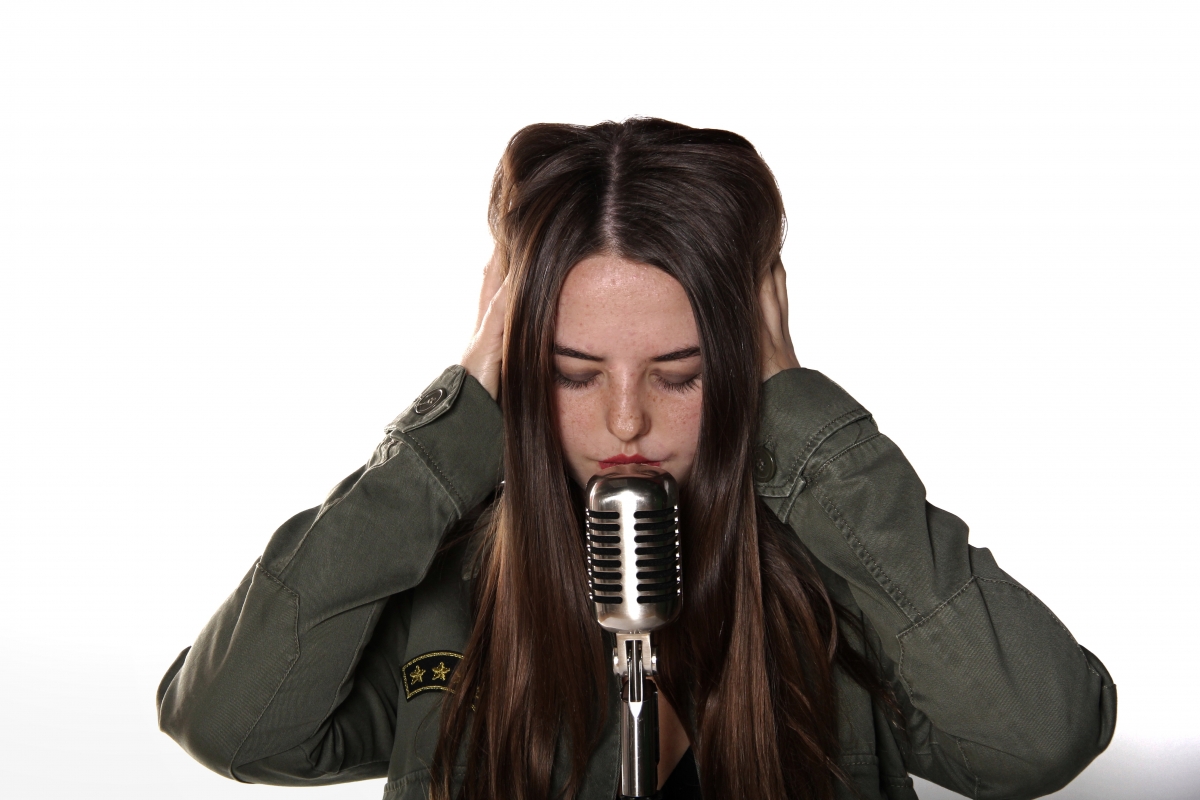 Ali B is taking time after school to talk to me about her career, the 17-year-old has been making waves in the EDM world with her sunny beats and charming vocals. She says, “When I was growing up I loved listening to music, I loved Hannah Montana and Selena Gomez. I’d go see them in concert and I wanted to be up there every single day doing what I love.”

Even though Ali B started with cover songs she quickly started writing original music. Being a self-starter, she researched how she could accomplish her dreams. After seeing Madison Beer performing she looked up where she recorded and set her sights on making her own music. She says, “I thought, she’s so young and doing what I want to do too…that’s where I go to now and I’ve been going ever since.”

It’s hard to imagine being in high school and also having a burgeoning music career, but Ali puts in the work. “I’m a student during the day and as soon as the last bell rings I’m Ali B,” she says, “It’s hard balancing a social life with homework and studying and doing music. I really just feel like this is my last year in high school and I have to try my best and put my best foot forward with music and stay focused.”

When it comes to her classmates, a lot of them are left in the dark. “Honestly, not a lot of people know,” she laughs, “Unless they follow me on Instagram, I keep a low profile.”

Of course, balancing school and music comes with struggles, but her parents have always been supportive of her dreams and have been one of the major keys to keeping her motivated. She says, “My dad takes me to the studio and rehearsal and my singing coach so I’m really thankful that they’re fully behind me and my dreams.”

But her music speaks for itself, her song “Strangers In Love” is a shimmering electronic song about two strangers that keep having chance encounters.When it comes to her music she tries to write everyday and makes sure to put in time at the studio. She explains, “My process is different for every single song. I write every day whether it’s a feeling or just a sentence and we go into the studio and come up with a beat. Then I piece it all together and it goes from there.”

While she still has a lot to accomplish an artist, it’s inspiring to see someone so young fully chasing their dreams and not letting anything hol them back. Especially in the electronic realm of music that’s so male dominated. Her best advice to young artists: No dream is too big to accomplish. Six months ago I never would’ve thought that I would be doing these things. It’s crazy to think I’m only 17 and doing all of this, so never give up and put your best foot forward, think positive, and give it all you got.

One day she hopes to headline her own tour and play one of the Jingle Balls and she assures us that she’s working on a lot of new music. “I’m going to be partnering with a charity and I wrote the song about when you’re having a hard day but you don’t know what other people are going through. I wanted to let them know that people are there for you and you should keep fighting, and there’s a light at the end of the tunnel.”