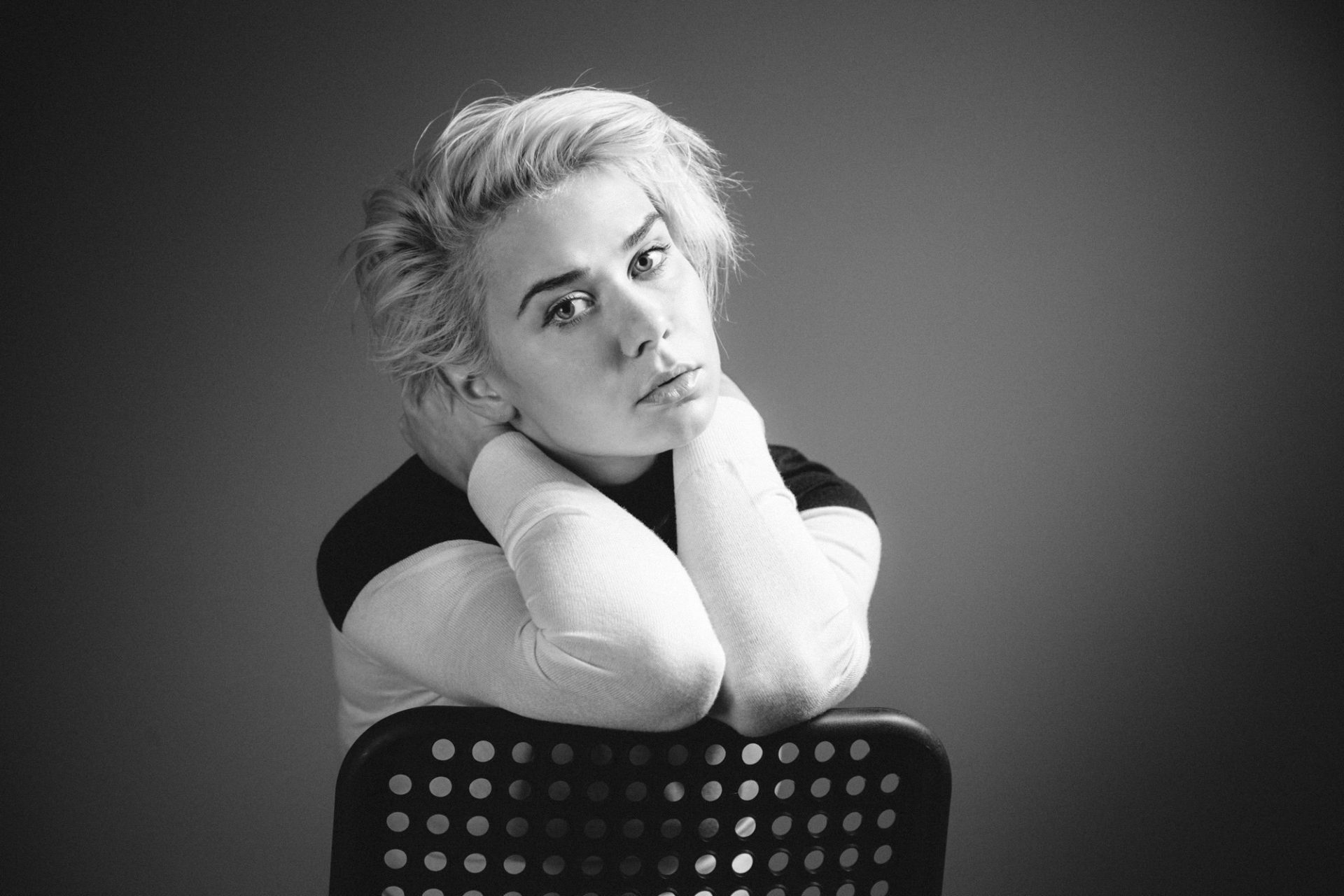 We caught wind of talented musician Ames going solo with her career by debuting her first-ever track “Hold On”. Not only is it a stellar first step out on her own, but she’s dropping an EP in early 2019, bringing more of her talent to our ears soon. Ames has an interesting and tug-on-the-heartstrings background that only adds to her incredible journey in the music industry. Having written for well-known artists such as Kelly Clarkson, Rita Ora, Tori Kelly and others, Ames step in the spotlight is very welcome. Read more about her with our Q&A below.

What is your musical background? Singing, writing, what else?

Ames: My parents put me in classical piano lessons at age 4. I’ve always had trouble reading music but I learned to memorize the pieces and play them by ear instead.  When my family moved to Honduras, I bought a guitar chord poster, put it on my bathroom door, and learned to play guitar with my dad’s old Nylon Gibson. I also started playing keyboard for a Honduran Christian band called “Reina”. I sang in church as well, so I pretty much grew up surrounded by live music. I started writing my own songs the moment I heard “mmm bop” by Hanson. They were from my hometown, and while I wasn’t allowed to listen to secular music, I decided to write my own.

Tell us more about Hold On, what is it about?

Ames: "Hold On" is a letter to my younger self. It’s an encouragement to keep going…things will get better. I had a really hard time as a kid--I dealt with a lot of fear and anxiety around my sexuality, the church, the Bible, and life in general. I was too young to understand that the feeling of oppression was temporary, but I was resilient, and I would go on to live an incredibly full life. I just wish I’d had a glimpse of it back  then… It would have been so relieving. lol.

What can fans expect from your EP early next year?

Ames: While the music itself is pretty straightforward pop, I tried to write the lyrics about my past as a kid, while tying them into who I am today. I recently got engaged so love is a big subject on this EP as is ‘coming out’ to my mom, finding love, and how past failed relationships prepare us for the one we end up with--as painful as that may be.

Ames: Peter Gabriel, Toto, Francis and the Lights, Tori Amos, Fiona Apple, Sade, Perfume Genius…etc. I pale in comparison to their genius but I’ve learned (from them) that certain chord progressions, textures, and careful word choice can create a sense of timelessness.

Does your sheltered or Christian childhood influence your music?

Ames: Absolutely. I know the Bible really well, so I still use it in lyrics sometimes. Sometimes I use it in a blasphemous way, sometimes it's satirical, and sometimes it just feels appropriate. My “go to” chords on piano are always from Hymn progressions, and since I wasn’t allowed to listen to secular music growing up, it forced me to create my own music instead. I’m STILL catching up on what I missed in the 90s haha. I love 90s music.

What advice do you have for younger folks struggling with their sexuality or identity or expressing themselves?

Ames: It’s really hard to give advice to someone who’s “in it”. When you’re in the middle of that struggle, it’s almost impossible to see much else outside of it. It’s a daily fight. For me, a huge burden was lifted when I started writing about it…not writing songs, just writing in a notebook my feelings, the darkness, the anger, etc. It felt good to put it on something tangible like a piece of paper. I would also ask young people to reach out and find help and encouragement. You may think you live in the middle of nowhere and there’s no one “like you” for miles, but in reality, the internet has made everything accessible to us, so you can even get therapy online on your own terms. I’d also advise refraining from substance abuse to escape from the present. It’s so attractive and seems like a solution, but I speak from experience when I say it can drag you down deeper and steal years of

How is the creative process different when writing for yourself vs. other artists you’ve worked with?

Ames: I don’t feel as much pressure writing for other artists… I don’t get ‘precious’ with my lyrics or ideas. If we’re 3 hours into a co-write and the artist says, “I’m not feeling this, can we start something else?” I can drop it and run 100 mph in a completely different direction, no problem. With my own music, it’s a bit more complicated, but there’s also freedom in that since I know myself so well, I don’t get choice paralysis. I know if something is not my truth, and I can eliminate it. With other artists, it's in their hands--they decide what their truth is. It’s not up to me because I’m just there to be of service.

Will you still write for other artists? Who’s your next dream artist to write for?

Ames: Oh absolutely! I will write for other artists! I’d give my right hand to write with Adele and/or Sia. If either of them so much as sang my full name, I’d pass away. lol. I also (always) carry a torch for Fiona Apple.

Who would you like to collaborate with in the future on your own music?

Ames: Francis and the Lights, Ethan Gruska, and Kevin Garrett.

10. What’s advice you’ve received from over successful artists that has been helpful in stepping out on your own?

Ames: I’ve really admired any artist that can survive substance abuse, come out of it, and continue on with their life. We’ve seen men redeem themselves and the world applauds, but for some reason, we give women a harder time about it. Stevie Nicks is one woman who’s done it with grace, and she is a light to me. This past August was the first time I’d performed a show sober in almost four years and I was terrified, but to quote Stevie, “If you have stage fright, it never goes away but then I wonder: is the key to the magical performance because of the fear?”