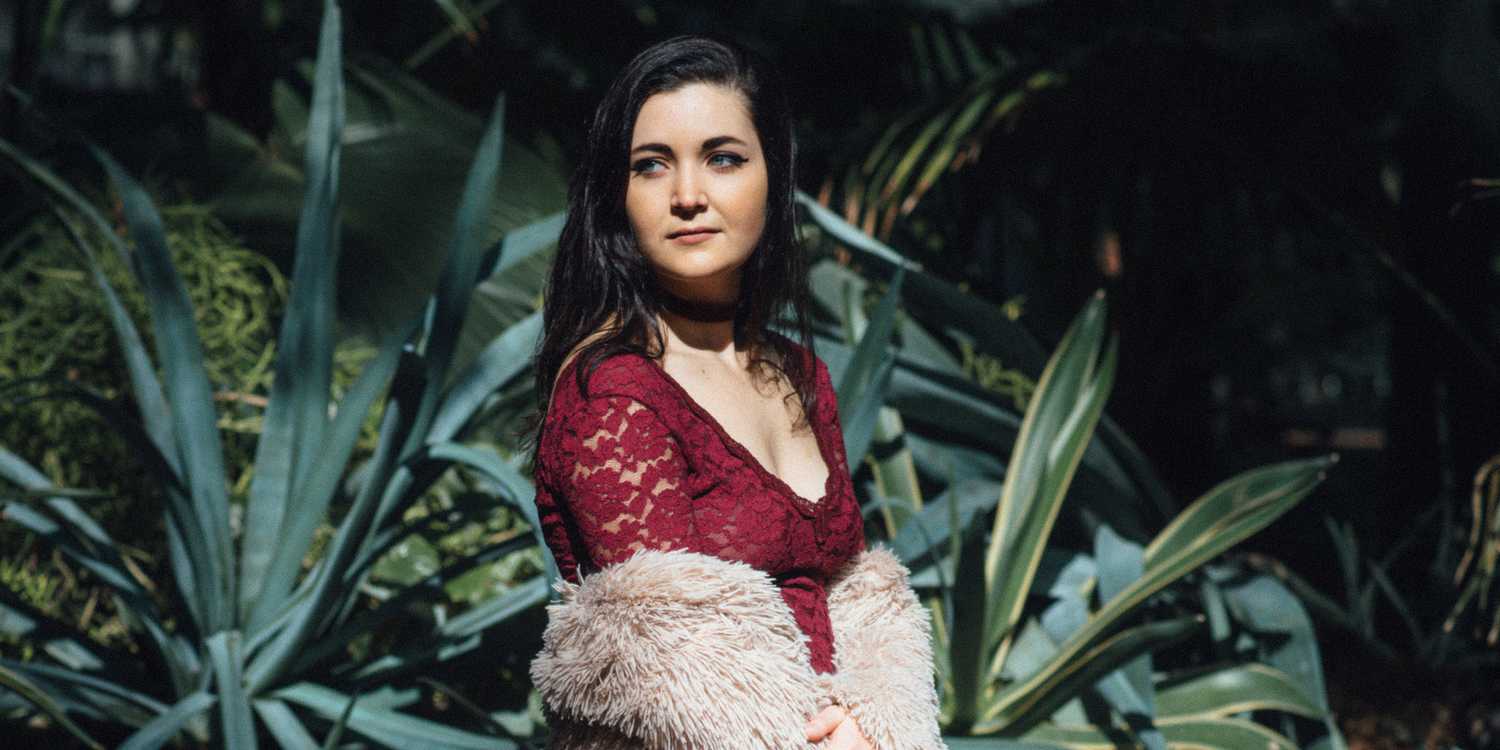 After hearing Casey Cook’s beautiful song “Grain of Salt” I was so intrigued, not only by her effortlessly gorgeous voice and the electro-pop sounds of her song, but by her tenacity and self-starter attitude.

Casey grew up around theater and music, she said most of her friends were probably shocked she went into music instead of theater. She said she made that decision when she went to Belmont in Nashville, she studied pop music and music business, and it opened so many doors for her.

She says, “When I moved to LA, that’s when I started putting out music and working with producers. I started playing with different genres. I want to write emotional and passionate songs that may not be the most upbeat thing but they make you feel something.”

That move to LA was a big step, and especially for a young artist in the music scene, it can be intimidating. Industry people always think they know what’s best and how to do things, and that can easily suck a musician into a path of turning into someone they aren’t. Casey says that you have to trust your gut.

She adds, “You have that intuition. If you know something isn’t right you know it isn’t right. The biggest thing for me is, does this really mean something to me and if it doesn’t then why am I writing it or singing it. So much of this business is how to get ahead and I’ve turned things down because they didn’t sit right with me.”

However, following her dreams and trusting that instinct has gotten her far, she knows that she wouldn’t be happy doing anything else. She explains, “We have purposes and if I’m sitting in a cubicle working for a management company and not fulfilling my talents then what am I doing. The struggle of the grind and this dream is insane and I feel crazy half the time but it’s those moments where you tap into that consciousness of something that’s bigger than you where you know you’re doing something right. Focus on what you have going on and what you are doing and things should start falling into place.”

Nothing worth having is easy, and Casey is fully an independent artist, and doing the job well requires you to work around the clock every day. You’re your own manager, publicist, and you have to still make music and work on your craft. I think this comes with having an incredible work ethic and also you can’t be afraid of rejection.

She says, “I have a huge thank you to my dad because he says, ‘the worst thing they can say is no’ and it’s become my motto. I ask a lot of questions and I ask a lot of people. No one knows what they’re doing, they have an inkling but everything is subject to change. Some yes’s have turned into something and some haven’t. I think of it like I planted a garden and now my flowers are starting to bloom.”

One day she’d love to have a team to help but she’s really benefiting from understanding the music business on a deeper level. She says, “I’ve grown to like it because I want to know, I want to see the deals, and negotiate and ask questions. I don’t want to be blindsided. I’ve learned a lot about the cracks of where the money is and where it goes. I think that the more that I’m doing the more I’m getting stronger and realizing what I want and what I don’t wan’t.”

Casey’s positive attitude and desire to learn make her a standout. We have a love for young women that aren’t going to wait around but go after their dreams and know that it takes hard work and dedication to get there.

She adds, “When things don’t go the way you want them to go, there’s a lot of plans that end up not happening. You have to keep adjusting. The biggest challenge is not getting down about it and working around it. “

Follow Casey on Spotify and watch her video for “Grain of Salt” we can’t wait to see where she goes!