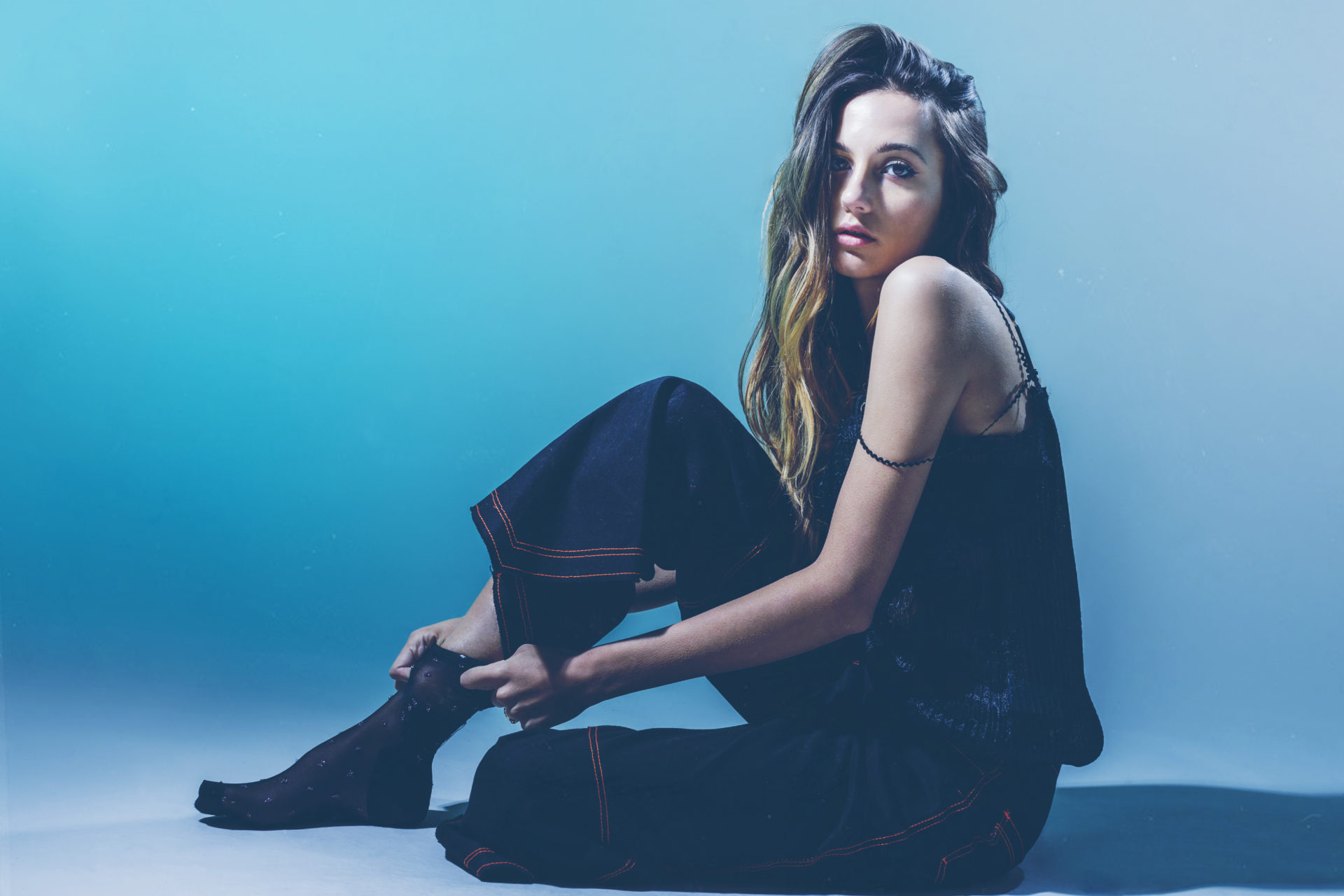 CLOVES has one of the most haunting voices I have ever heard in my life. In 2015 she released the dramatic song “Don’t Forget About Me,” and since then I’ve had a serious addiction. The way her songs build, the emotion behind her voice, they stick with you.  I sat down with her during SXSW to talk about her highly-anticipated album coming out in June.

Even during SXSW, I saw her about 3 times and each time if you looked at the audience, it was so diverse. At the Neon Gold showcase I watched an older couple make their way to the front row and tell me “She just has the prettiest voice we had to come see her,” while a group of young guys next to me looked like they were really digging deep into their emotions as they listened to “Better Now.” the way she performs, she looks so small compared to how over encompassing her voice is.

CLOVES found her moniker while she was in Bali, she was 18 and smoking a lot of clove cigarettes. She says,  “I chose the name because it had a nice mystique to it and I liked how it looked on paper, so I stuck with it, deciding to make its own definition by what I do with it."

It really does fit her. Honestly the aroma of a clove cigarette would conjure up her smoky and somehow nostalgic voice. She’s been working on her debut album for three years and it shows in her music. Born Kaity Dunstan, in Australia, her fascination with music started young. She says, “My parents played a lot of music and i was also way very opinionated. I started writing my own songs at 11. I started playing in a band with my sister. We’d play covers at pubs. I spent the last three years working on my album and getting it all together. It’s been quite a long process but it’s really helped me find what I like and what I don’t like.”

She dropped out of school at 16, she says, “Ironically music class was my least favorite because it was so restrictive. Education is obviously very important, but school can really crush kids creatively by being too restrictive. The music teachers would reprimand me because I wasn't singing the song exactly how it was written, and that always really annoyed me because my singing was stylistically very different.”

CLOVES knew what she wanted to do. Her music is now exactly what she wants, and she believes in the process. She’s also a perfectionist and it shows.  She says, “I’ve always been very picky, I know what I like and it was more like loads of different influences coming together. I think for me I’m super influenced with what I listen to. I love Fiona Apple, Mazzy Star and Radiohead. I wanted to make sure the record felt like 90s music but there was an undertone that it was really thought-about. I wanted the drums to sound like that Arctic Monkeys AM record. I wanted it to sound very tailored. We spent a lot of time working with the arrangements.”

Her latest release “Bringing the House Down” is her first song that isn’t a ballad, but it keeps up with that soft arrangement and sultry undertone. The song is about a break-up but more about your subconscious telling you that something is off. The song is the perfect example of that methodical production. Her producer, Ariel Rechtshaid became the perfect partner to capture exactly how she wanted her music to sound.

She faced a lot of insecurities, but those thoughts and anxieties turned into songs. She explains, “I’m quite slow and thoughtful about what I put out so I don’t churn things out as quickly. Since the album was a three year process. It was the ins and outs of my day. I’d sit down and I’d just chat. I think through conversation it became honest songs and honest context of life. It’s very structured, sometimes I’ll just sing out things like “swear that I’m better now,” then I’ll figure out what that means. I think that’s why it’s difficult to find people you want to work with it’s hard finding that chemistry and feeling comfortable with someone. You want to be able to tell all your secrets.”

The entire album encompasses different moods and feelings, they maintain her blunt lyricism and her affinity for the more melancholic songs. For waiting three years, the payoff is worth it, you can sense her maturity and how she develops her thoughts over time.

Her best advice is simple: I always feel like you should be the change you want to see. Just be who you are, don’t shy away from being who you are and doing whatever you want to do. Just be chill about it and work hard. It gives you more satisfaction if you work really hard.