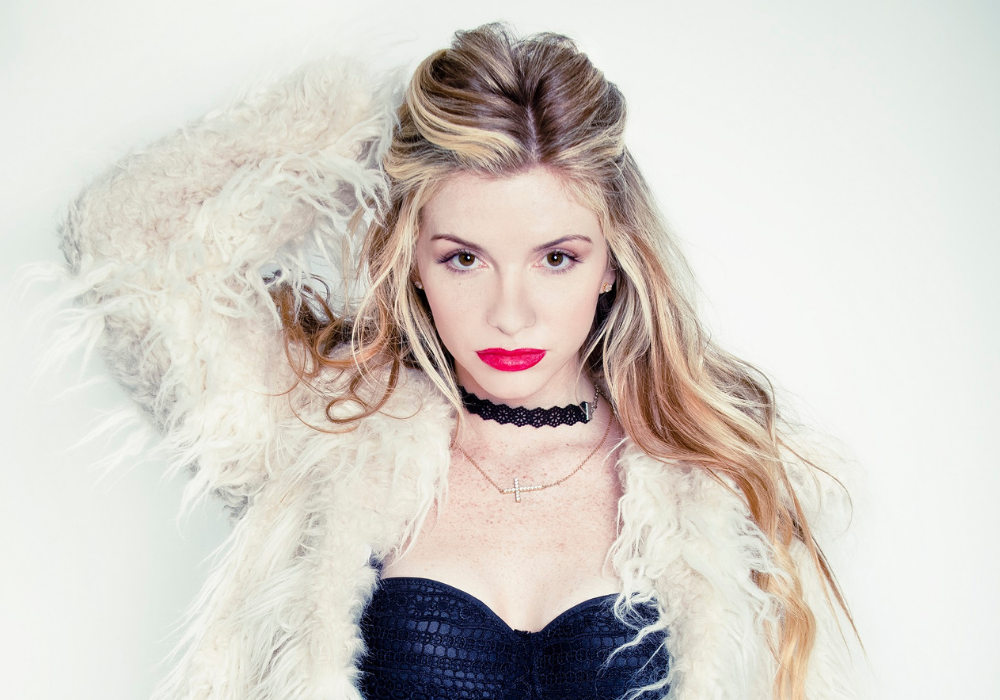 Hannah Cutt, aka CUTT, has had a whirlwind of a career. She started out acting but made a drastic change when she turned her poems into music. Her latest song "Messy" is on the surface about sex but has a beautiful meaning behind it. We talked about her current challenges and what has been inspiring her lately.

CUTT: Singing has always been a part of my life but I didn’t  start pursuing music professionally until about 3 years ago. I was acting at the time, going out for short films, commercials etc and was studying at the Beverly Hills Playhouse. I actually was doing a scene in class for Angels in America where I sang for about 5 seconds and it was enough for my acting teacher who was a musician to approach me after class and encourage me to pursue music.

What was a moment where you really knew you wanted to make this your career? Was there a specific moment?

CUTT: Well I wasn’t happy with the material I was going out for for acting and I had been writing my own poems for some time- poems I knew were really songs so I was really beginning to consider producing some of my own material. I met my first producer, Danny Saber, coincidentally at the driving range. He overhead me talking about wanting to make the leap into music and we began talking and the next day we went in the studio and worked on my first song, which was Messy. Its been reworked a few times over the years but the chorus is the same. That first day in the studio I knew that making music was what I wanted to do.

Tell me about your song Messy. What was the story behind it?

CUTT: For the most part, my sex life had revolved around alcohol, partying, bars, clubs, that whole lifestyle and it was pretty easy- easy to be wild and guarded at the same time. I was sober at the time I wrote Messy and I was thinking about a guy that I was talking to and was very attracted to but I was very much on the fence about pursuing any kind of relationship- sexual, romantic, platonic anything…Messy was and is a fantasy song about sex but at the root its a desire to get rid of fear, from another perspective, a desire to be rescued.

What was the best part about making the video?

CUTT: Before the cameras rolled, I was very nervous. I would barely touch the lead actor. I think a few people were worried because I was bouncing off the walls. But once the cameras starting rolling, I just locked in and got in the zone. We had a great first take and I had that moment, I think we all had that moment where we went, we got this.

What was one of the biggest challenges you faced so far in your career?

CUTT: I still face it today and im dealing with it right now but ive had a lot of vocal trouble. I thought quitting drinking and smoking would cure the bulk of it but Im still discovering certain foods and drinks that im sensitive to etc. Its an ongoing process but I know I will figure it out. Vocal chords are very sensitive.

CUTT: Music documentaries. This year I’ve seen a lot-Kurt Cobain, Eric Clapton, Eagles, Janis Joplin, George Harrison… last night I actually watched the Ginger Baker documentary, who was the drummer for Cream, which was awesome. I just love the colorful personalities and the passion. When Im watching music documentaries, I feel like I am home. Like I am 100% myself. I really love them and I love great music.

CUTT: I think this goes out to both men and women but its just to not be afraid if it seems like you are going in circles. Often it doesn’t seem like we are making progress and we do tend to make similar mistakes over and over again but keep pushing through and don’t give up. There have been things I have wanted to fix about myself-bad habits I have wanted to change and its taken years of trying over and over again but its worth it. Today I have some things I want to change and at times it feels like groundhog day but I keep moving forward. I think that’s the only way to live. Don’t be afraid. We often have the same recurring battles and that’s okay. You will move on when its time, either when you have won or when you realize it was a battle that wasn’t worth fighting for. Either way keep fighting.