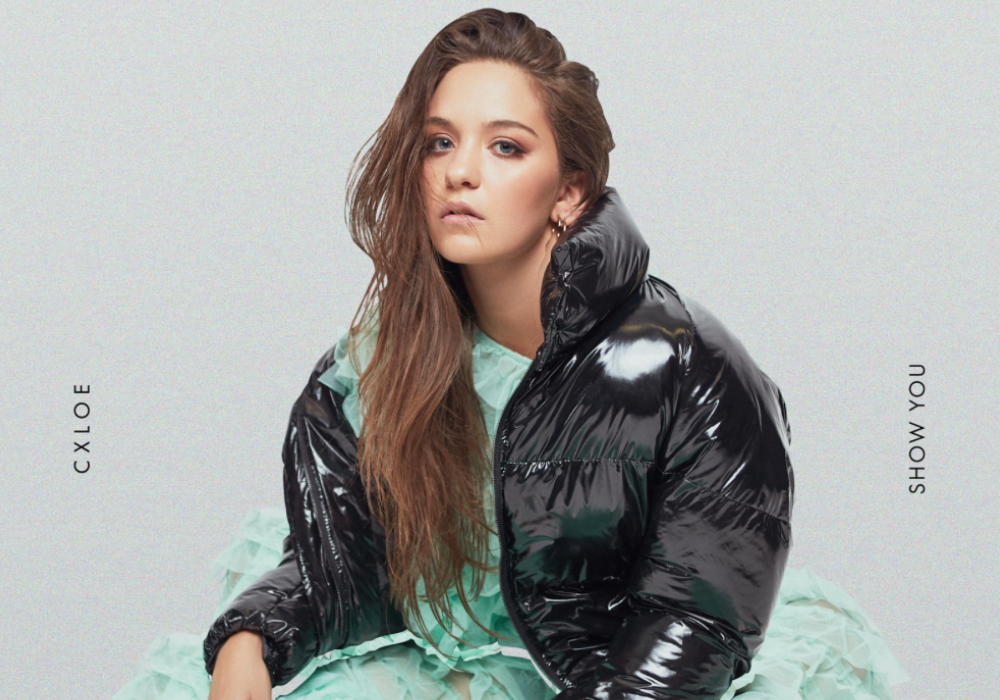 Dark-pop is by far my favorite genre of music. It has all the elements of pop that I love, hook-driven and synthy but there’s that wonderful underlying melancholy that draws me in. CXLOE is one of the newest names in the genre and she brings that edginess that I crave and of all the artists she could have said inspired her, she surprises me by saying, “Taylor Swift.”

She says, “When Taylor Swift released 1989, I was like, "Oh, okay, this can actually work." She's so great at pop but all of these songs that she's had so much integrity and that was incredible and, yeah, I don't know like-- yes. That's kind of how it went for me.”

Originally Cxloe started out like many artists, writing. Then she met her managers and the Aussie started going to LA for four-month trips which developed into her distinctive sound.

She says, “I don't think I really knew what genre or what sound I wanted to do or what do I really want, so I started writing and I was doing country music and it was very Joni Mitchell at first. I kind of was like, ‘No, that's not really it.’ And then I went a bit urban and it was a little bit hip-hop influenced. And these are all related as well with the people that I was writing with. So it's really interesting how your sound and everything shifts with the people you write with. And I think I started to get better and better at writing. I started getting better rooms and with people who could really listen to me and help shape what my sound was.”

Her sound manifests itself best in her latest song, “Show You” a song that starts slow and dreamy then builds to a sparkling chorus. It’s an empowering anthemic song that has stunning visuals to match.

Cxloe says, “I met with the J Collective for that one, the directors, and they kind of shot the whole song with me. They've got a really cool, weird eye, which is kind of what I wanted because “Show You” is very pop and I love it. We shot it in a basement and added all these different lights and it kind of resembles the inner workings of my mind. I really wanted to add some more depth to it. And so, due to that basement, in a way that you can't see any of the light and they just flicker on and off. And essentially what we wanted to do was just to have me just moving around the room dancing.”

While her dark pop is taking off, the young singer is still dealing with the loneliness that comes with being away from her home for so long. While a jet-setting life of Australia to Los Angeles seems like a dream, it can still be hard to her to be away from her family and her boyfriend. Which honestly is so refreshing.

She explains, “I think if I was in LA but I had my dog, and my boyfriend, and my family there that'd be different. But you don't have those close comfort with you there, and so you start to analyze your entire life from the moment you wake up to like you start thinking, ‘Oh, my god. What am I doing here?’ because you don't have those things you can just fall back on. I've got now a group of friends who I do call family, but it's still super hard. Me and my boyfriend have been for five years and he just came over for the first time two weeks ago.”

But she stays motivated, she keeps coming back to remembering why she’s doing this. She wants to be successful and she won’t let anything stand in her way.

She says, “I think I just have to keep remembering just to enjoy it . In the past few weeks I've been just in and out of meetings. I haven't actually sat down and worked on the music in about three weeks. I was feeling a little bit edgy because that’s what motivates me. I'm kind of excited about that now and I'm going to jump back into it this year. I think just trying to remember why you do it and get back to the music, and get back to what actually really makes you happy.”