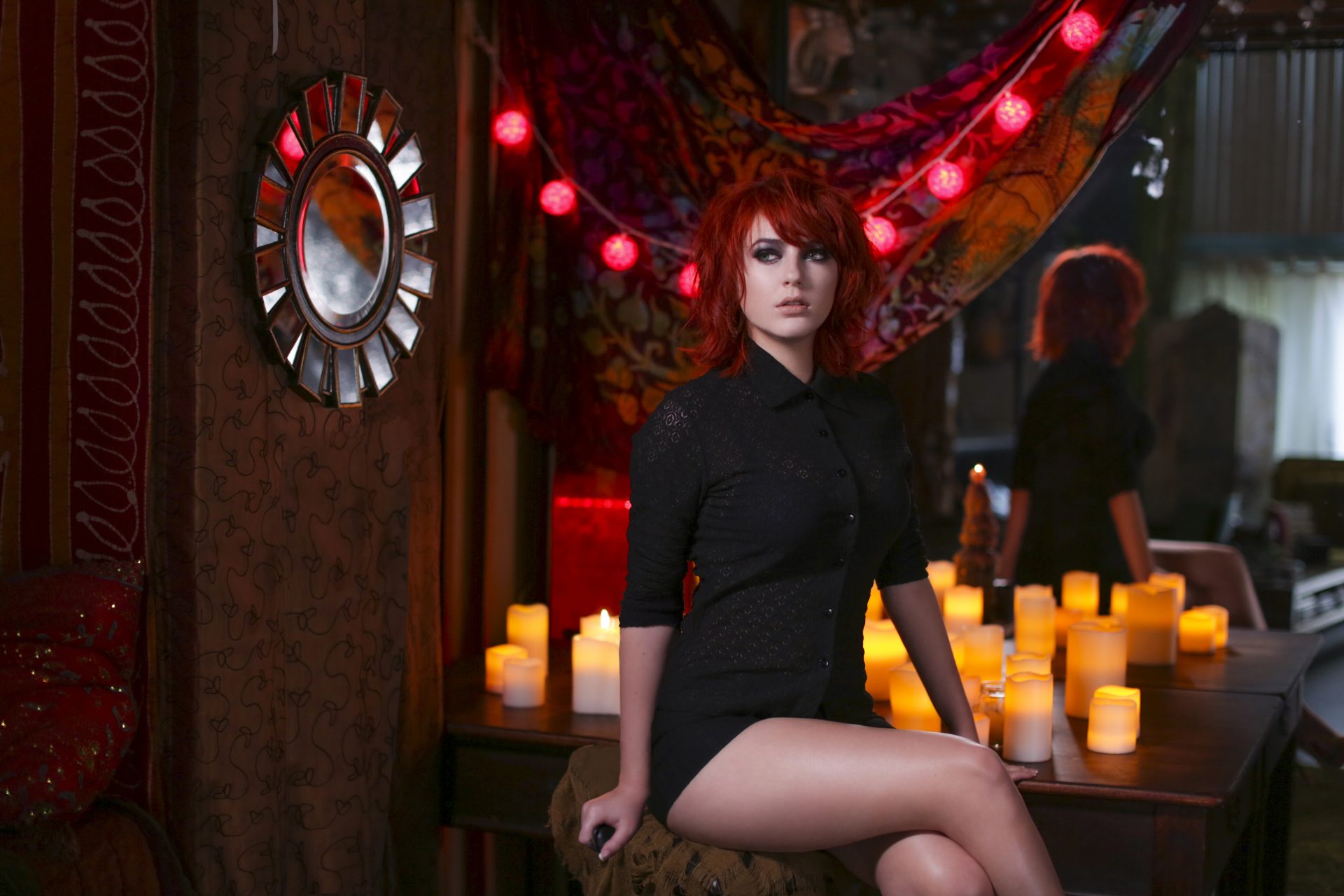 Darla Beaux’s voice is really something. It’s soulful and it’s full and it’s real. With each verse, you can tell this girl is the real deal. Her authenticity is what drew me to her in the first place.

Her single “Trippin’ on Tears” was inspired by a real events in Darla’s life. She says, “It’s actually about a girl that was harassing me – you know bullying and manipulating friends against me.” She tells me she draws songs from experiences so she’s able to connect to them more.

Her songwriting process begins with cool phrases and then she adds music. She says, “The music is just a jam til I figure out what vibes well and the lyrics come after.”

Darla has a very cool pop/R&B vibe to her. This is what her voice has always naturally gone to. She credits her producer, Travis Margis, on developing her sound. Her dream collaboration would be with Brendon Urie. She says, “He’s such a creative genius and extremely talented in so many ways. And that vocal range though!”

While she’s only got a single out, we can expect so much more from Miss Beaux. She’s in the midst of working for a music video for “Trippin’ on Tears” as well as a completed EP to drop later this year. She tells me she’s already working on new music, and primarily focusing on her Los Angeles audience.

For those of you who haven’t seen Darla perform, you can expect a very chill and intimate vibe. “And some weird hand movements,” notes Darla.

Not only is Darla fabulous, but her words have resonated me since our interview. Her best piece of advice is: Don’t sell out because of someone else’s opinion.

She says, “Don’t let anyone tell you who you have to be, because otherwise you will lose yourself. Even if you’re afraid always do what makes you you.”

“Don’t let anyone take that from you. You’re the only one who can make the right decisions that will bring you happiness and fulfillment.” She also tell me to surround yourself with a team of people who will have your best interest at heart. It’s not easy and you have to be prepared to sacrifice and work really hard.” I mean, solid advice if you ask me!

If you’re in the Los Angeles area, you can check out Darla tonight at The Hotel Cafe!