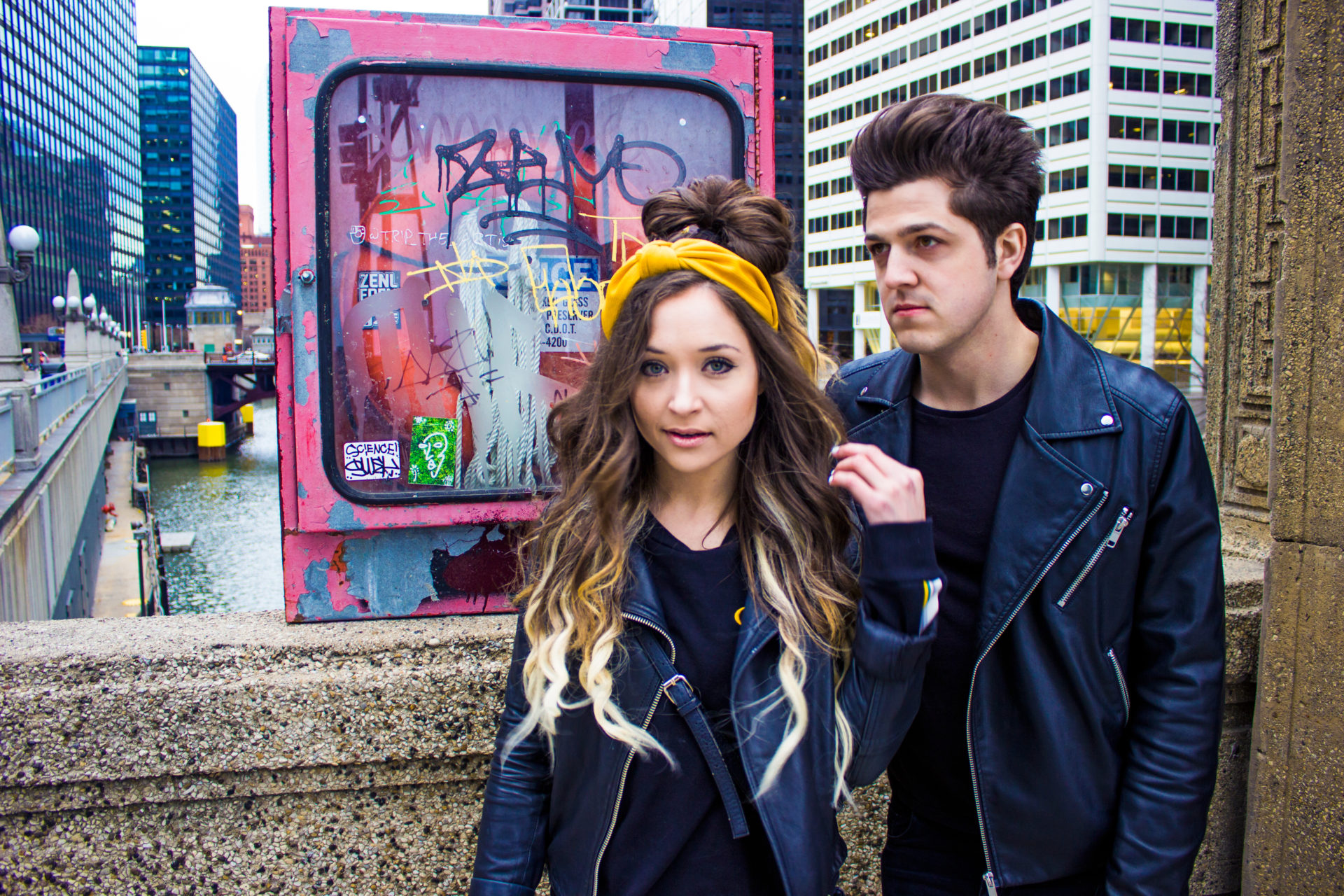 Fairview was formed in the suburbs of Chicago. Through hard work and a little luck they ended up being signed by Tom Higgenson from The Plain White T's. We talked to the band about finding a mentor and keeping some things secret.

How did you start working together?

Fairview: Matt and Lizzy went to grade school together where they were a grade apart. They stayed connected throughout high school and met Becca while in high school! They met Shawn in college and found the final piece of the puzzle!

You were signed by The Plain White T’s! That’s so cool! How did that happen?

Fairview: When Matt was in high school he worked at a grocery store near Tom Higgenson's house and he used to come in every once in a while. Matt would tell him about the band while he was bagging his groceries and eventually Tom checked out our music. He thought our writing wasn't half bad and invited us over to write with him.

Has it helped having someone like Tom Higgenson mentor you?

Fairview: Having Tom as a mentor has been invaluable to us! To have someone so experienced and with such big successes in the industry critiquing our songs, has made us the writers we are today. He is also our biggest fan and we love him to death!

What has been inspiring your music lately?

Fairview: Our relationship has always been a big part of it. We've been dating for 7 years, which is crazy! But the songs really touch on different emotions, and sides of love. And it really stems from that.

Fairview: To keep going. Sometimes it's hard to push forward when you're constantly comparing yourself to people you know, or even people you don't know. People going and getting amazing paying jobs, and settling down is obviously in the back of creative people’s minds. But it's when you stop comparing yourself that you flourish, and you're able to live for YOU. Not for what you think you should be.

Tell me about your song “Our Little Secret,” it’s such a sweet song.

Fairview: Thank you! Well “Our Little Secret” became a song because Tom told us that should be the name of our EP. So we wanted to write a song around that idea. The first lyric we wrote was "Let’s make tonight our little secret." It kind of became this song based on taking chances, and living a night just for yourself. Don’t get us wrong we’re big time Instagram fans... but sometimes in life there’s a night that is just so fun that you don’t even need to post about it. It’s even more special being kept to yourself. So “Our Little Secret” speaks to that feeling. That it's okay to live in the moment and take chances.

What has been the best part about releasing your debut EP?

Fairview: We can all agree that seeing people’s reactions hands down is the best part. It's so great when someone reaches out to you and tells you they connected to a song on a really personal level. We've had people share with us that a song reminds them of someone who has passed away, or that they cry every time they hear it, or even that some of them are their favorite song for the summer. It's just really humbling that our music can do that for someone. So having the EP out in people’s hands gives us that ability to truly connect with them and be there for them in a way only music can.

Fairview: We would say spend a lot of time writing, and rewriting. There were so many times we thought we had the perfect lyric and then a few weeks later, we would rewrite it, and try to constantly make it better. At the end of the day it's all about the songs. Don't try to be like any other artist. They're already taken. Let your music be relatable and genuine, and just be yourself.