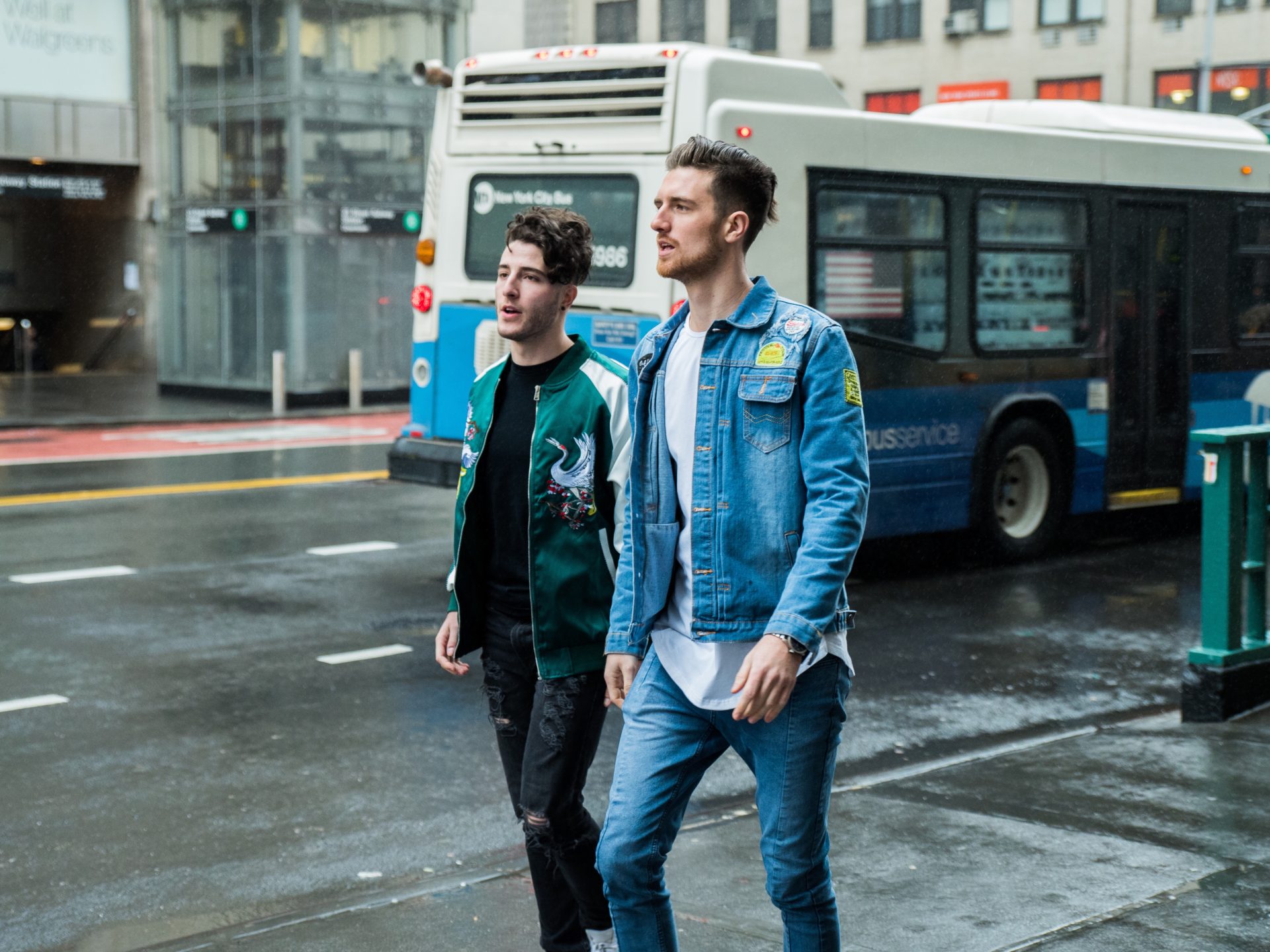 Fly By Midnight is a pop duo formed by former MTV reality star, Justin Byrte and Slavo. The two are most known for their crazy energy and unique harmonies. This retro-pop band just dropped their new single, “All the Feels” and it’s sure to give you the feels, too. We got to talk to them about the new single and I know you’re going to love it.

I  read a little bit of how you guys formed. But how did you guys get together and realized you worked well together?

Slavo: I had been connected to the studio Justin was working out of through a friend of mine. From there we decided to get in the writing room & see what we could come up with.

Justin: I think it was exciting for us from the get go because we were vibing out as new friends while creatively exploring. No limits or expectations. Just two dudes sharing stories on top of chords.

Slavo: You leave certain sessions feeling exhausted from how much it took to put ideas to a paper & I just remember feeling more energized. It was super effortless.

Tell me about "All The Feels" and the inspiration behind this song.

Justin: The process of creating "All The Feels" happened so quick that it's hard to even pinpoint what inspired it initially. Slavo & I are at a really positive place right now. Making music we love & traveling the world playing. "All The Feels" is this overwhelming love & gratefulness for what we're surrounded by.

Slavo: The phrase "All The Feels" itself is so ambiguous. It allowed us to leave the song open to interpretation. For us it definitely started from a romantic place, but became something more by the end.

You guys have a busy summer already! How stoked are you about Firefly?

Slavo: So stoked! We just announced NYC & LA headlining shows leading up to the Firefly performance as well so a lot to be excited about. We've been in rehearsals building how we want the set to feel & we can tell you that the energy is going to be on a whole different level than fans have seen from us before.

Justin: Also for a duo that isn't signed to a major booking agency yet, being given a stage spot at Firefly really reflects how strong our fanbase is becoming. They're the reason Fly By is growing.

Can you give us any ideas about the TedX talk? Topic, story, etc?

Justin: In the middle of our recent college tour we were kicking back and forth tons of ideas & topics. I'll say that whatever we decide on it's going to be unique.

Slavo: We want it to be fun & interesting for Fly By fans, but also for people that aren't familiar with us. Our story of how hands on we are with the project is one that we're really proud of too so I'm sure we'll find a way to integrate that.

What can we expect from you guys later in the year?

Slavo: Our goal for the rest of this year is to be heard as much as we can. New music, new visuals & different sides of this project people haven't seen before.

Justin: For sure. We're also planning some really cool collaborations. Some music & others a bit more unexpected.

Slavo: Just how thankful we are that fans are connecting to music that we genuinely enjoy creating.

Justin: Our music is coming straight from our minds to the internet. No one telling us what we should be making and we look forward to keeping it that way. Stoked to meet everyone on the road!