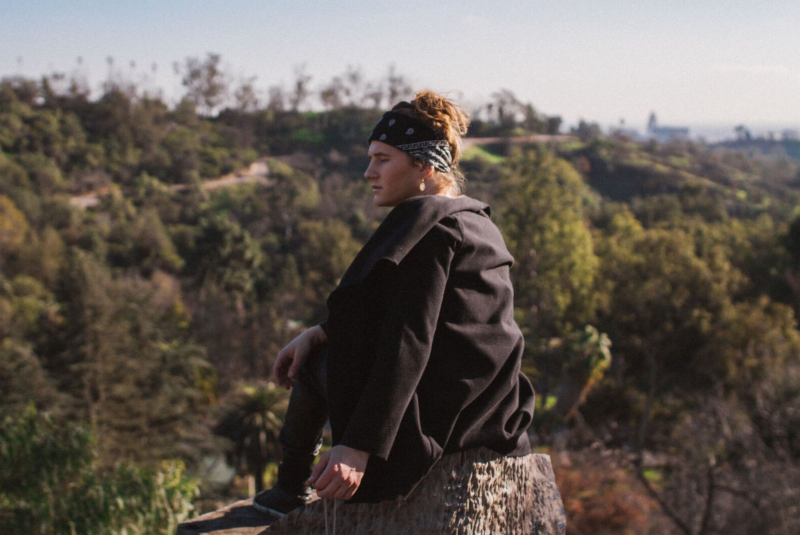 When it comes to drive and vision, it would be hard pressed to find anyone with the sense of direction Lostboycrow has. A little bit of pop, R&B, and electronic music fusion, Lostboycrow has set up a story with his releases. His final EP in the Traveler Trilogy, “The Third Legend”, debuted in March. I think it’s cool to look at a body of work from an artist as a whole. The style and idea of releasing EP’s in a collective project is a fresh look at how the average music fan consumes music. We talk with Lostboycrow following the release and recent spring tour.

Can you give us a little insight as to the development of the original idea for "Lostboycrow"?

LBC: The pieces were there all along. I just got to uncover the project at that moment in time through the people I surrounded myself with (old friends, new roommates, new producer) who brought out that part of me.

'Adolescent' came out in 2015, but how long have you been writing and working on music?

LBC: I grew up with a piano in the house but never really worked at or felt compelled to be a part of music until about 10 years ago. I was fortunate enough to have very talented friends who opened my mind up to music in a way I’d never heard before.

Especially with the newest singles and this last EP, how would you describe the new sound and music, I hear a lot more R&B undertones.

LBC: It’s a difficult task trying to describe any music let alone ones own work in a satisfactory way. If it can neatly fit into any of those standard boxes I don’t think it would be worth it to me. There are certainly some R+B influences that surface a bit more on the latest EP maybe than works in years prior. Anything beyond this is going to come off as wildly pretentious.

As you finished this spring tour, what are some things you learned from this run?

LBC: I’ve learned a lot about myself as a vocalist and performer obviously. When to rest, when to push, how to lucky I am to be able to sing for anybody. This spring tour in particular consists mostly of cities we’ve never been to let alone played so it’s making me fall in love with the act of anyone showing up to hear these songs I’ve poured myself into.

What do your fans have to look forward to this summer and fall?

If there was one artist you could collaborate or work with who would it be and why?

LBC: Alex turner. Nobody writes like him. His style has opened a lot of doors in my mind and music.

We jump in my car and I hand you the aux cord, what's been on your playlists lately?

Lastly, what's one thing you want your listeners to take away from your music?

LBC: Connection. To themselves, everything that surrounds them and the endless possibilities in between.