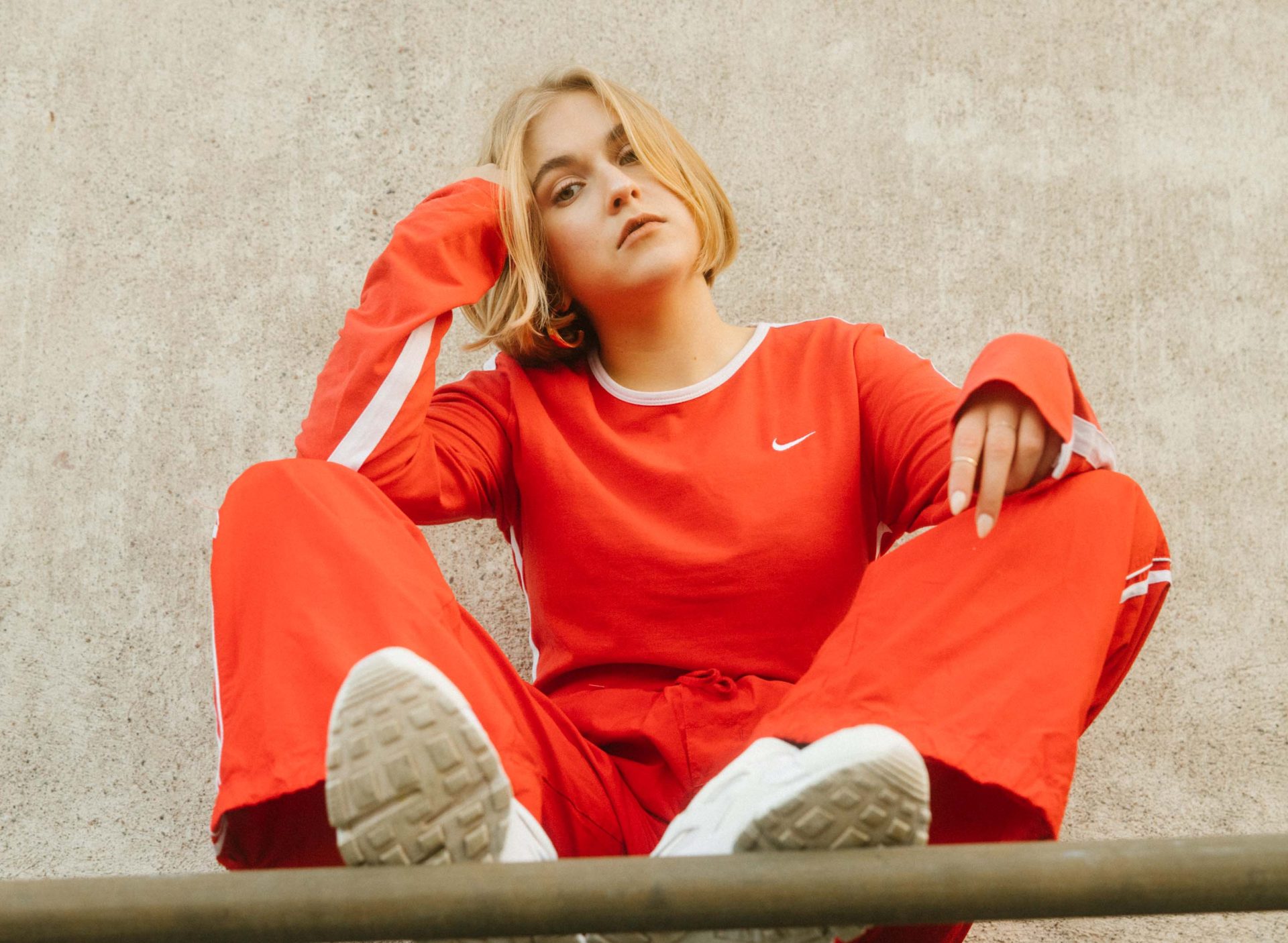 LOVA has been getting a ton of attention with her dreamy music. She talks about feminism and body positivity in a way that's honest and relatable. She's playing alongside Zara Larsson, ALMA, and Icona Pop at the Queens of Pop festival in Sweden and is bound to be a hit. We talked to the up-and-coming artist about overcoming her insecurities and the inspiration behind her songs.

LOVA: I went into music quite naturally since my dad used to work with music and has always been singing to me since I was little. I have never taken a Vocal lesson, instead my dad was the one giving me advice during the years but he was super aware of not saying too much or training me too hard so I could find my own voice and sound. I also used to sit next to him when he was playing the piano to learn how to play. When I look back at the years of me growing up, I can't pinpoint a moment where I didn’t want to be an artist. It has always been my dream and I have never had a plan B.

Tell me about growing up in Sweden, how did that influence you?

LOVA: Sweden as a country is a great place to grow up in, you have both the nature and the city. I grew up in a suburb called Bromma which is located about 20 minutes out of Stockholm city. I loved growing up in Bromma but there is definitely a clear norm on how much you’re supposed to make, how to look, behave and think etc. Something I got fed up with really fast. It’s actually really sad how almost everyone looks and behaves the same just because they think it’s the “normal” way. People are so afraid of sticking out their nose and actually going against the norm because they are so afraid of what people around them will think. One of the best things I have ever done was changing school when I was 10. I changed to music school that was located in another suburb where the norm was completely different. People didn't make as much, they voted for the complete opposite as the ones in Bromma, their values and opinions were different and they looked different to what I was used to. Those years gave me so much perspective on life in general. It taught me that there is no such thing as “normal” or “right or wrong” and those years truly formed me into person I am today.

Your songs tackle a lot of important issues, why do we need to talk about body positivity and feminism in music?

LOVA: I think that music is one of the best ways to really dig deep and talk about bigger and important issues that we usually don't really discuss because music is such a universal language, I’m pretty sure that we all listen to music and a lot of the time we link different happenings and memories in our lifetime to music. So it's a really good way to connect with new people and get together and talk and work towards those issues together, since it is something we all can relate to and identify with.

LOVA: Recently I have been reflecting a lot back on my early years of my childhood and how my parents have affected me so I’m in a phase where I’m writing a lot about that, but that is for an upcoming album. But before that I have been working on an EP dedicated to all the men in the world. It will be a whole EP from a young female's perspective about different scenarios and different groups of men. A lot of that inspiration has been taken from my own experiences over the years.

LOVA: Well I have to say that I have been blessed with a pretty easy and joyful life but I would say that my biggest struggle has always been with my inner insecurities. Something I think we all go through. I think the one that stands out the most to me is my insecurity of not feeling smart. School was never a good fit for me, I had a hard time focusing and I sucked at reading and learning new information, everything went in and out. Since I have spent most of life in school, being tested on these type of qualities, my confidence got really bad. Now I know that I have both Dyslexia and ADD but at that time I didn't know that so I couldn't figure out why I never was able to remember the things I learned in school and just felt dumb.

What does it mean to be on the lineup for the Queens of Pop festival?

LOVA: I actually can’t believe it is happening. I feel so grateful and so excited to be up on the same stage as some of the best artists we have today. It’s crazy that I just released my debut EP and my first festival gig will be Queens Of Pop. I remember when they first came out with the first posters for this new festival and I wrote to everyone I work with that I NEED to be a part of this and now it’s only a couple of days left until I will be on that exact stage. It’s crazy. I’m really nervous but soo excited.

What’s your best piece of advice for young women who want to be in music?

LOVA: The reality is that you gotta work super hard, there is no one that will work harder for your dreams and goals than yourself.  But take your time, never stress the process and don’t go with the first thing that pops up just because you’re afraid that the opportunity wont come around again. If you take your time and really figure out who you are as an artist and what your dreams and goals are then people can’t make you do things you don't want to do. People in the industry also love to see that you’ve got ambition and drive and that you have a vision of your own. And my biggest advice of all would be to listen to your gut. You are going to meet a lot of people, and especially men, who think that they know better than you and everyone has their opinion but as long as you stay true to yourself, stick to your vision and speak up for what you believe in, no one can run you over.