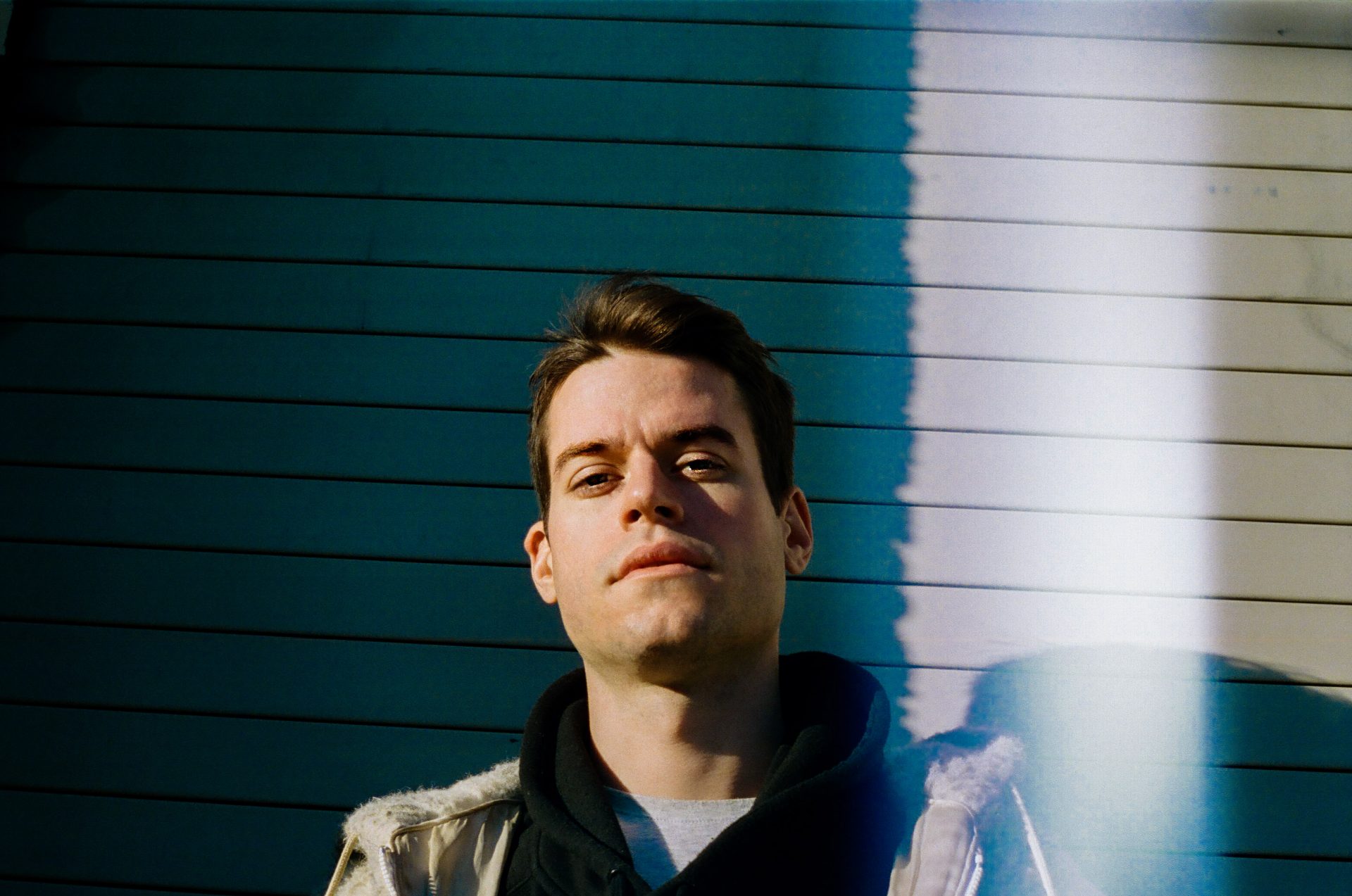 After nearly half a decade of filling in the rhythm section of New York staples like Frankie Cosmos, Main is breaking out into a new musical adventure.

Main, aka David Maine, started piano when he was very young, and continued them until he was about 21, around the same time his dad started teaching him the drums.

He says, “I have many memories of my dad, my brother, and I all jamming out together…I think the first song we learned was Smoke on the Water.”

He was a part of many bands before embarking on his solo work, but he says that it’s a completely different game. When you’re in a band you have people to bounce ideas off of and you have this group of friends, but it can also be limiting. He was always writing from the rhythm section and he wanted to do more.

He says, “Making solo music is allowing me for the first time to write lyrics and sing and produce and do whatever I want. But also that means it’s a ton of work to finish a song and often I get lost along the way, not having anyone to bounce ideas off or have other inputs to work with.”

Main is still relatively new to songwriting. “I’ve been playing drums or bass in bands and co-writing songs from those positions my whole life,” he says, “but I actually only started writing my own songs two years ago.” Most of those past two years were spent learning how to produce electronic music. Which really explains the sound and feel of his EP.

He explains, “I’m still very much figuring out my writing process…but as it is now I always start by making a beat. Usually I play some chords or a melody on my synth or a midi sample or some instrument I’ve create digitally, then I throw a basic drum beat down, then some bass . Once I have at least a shell of a beat I start singing over it and laying down anything that pops into my head. And from there it develops, one idea leads to the next which leads to the next etc. Many times when I eventually get to the finished project it’s so far from where I’ve started it’s crazy…like I completely change the original instrument part that inspired the beat or after writing all the verses I scrap the chorus and write another one.”

While songwriting is new to David, the thing the initially drew David to his own project was producing. He got into electronic music in college (Tycho, Shigeto, and Flying Lotus) and that’s what led him to producing. He wasn’t sure if he was going to be singing over his tracks or not, but after working on every aspect of his songs, he wanted to hear it all come together.

David says, “The implementation of sampling and manipulation of audio and the infinite possibilities of electronic music really sparked an new passion in me. When it came to the point where I was making tracks that I thought sounded good I was tempted to try singing over them. I figured it would be cool to have music that was entirely constructed and performed by me, to hear exactly what is going on my music brain. That being said, now that I’ve spent some years working entirely by myself I’m longing to collaborate again…so we shall see how that plays out in the future.”

Dem Ep is comprised of the first songs David has ever written and his intention was for each to have a different vibe. He adds, “I listen to so many different kinds of music and have so many huge influences and there are so many different types of songs I want to write. So this EP was me trying out different things: different beats, different voices, duets and solo pieces and instrumental sections.”

This EP matches primitive pop with a dark moodiness. Overall it adds context to David’s life, a wanderer that’s been on the road for almost three years.

His best advice for young musicians is to try any and all ideas you have. He says, “Not every song you’re working on is gonna end up being a great one or even a good one, but it’s no loss, it’s just part of the process. Don’t let it weigh on you if people talk badly on your music, you can’t please everyone and it only matters if you like what you’re making. Whether you’re playing to an empty club, a sold out club, or by yourself in your parents basement, if music is making you feel good and helping you express yourself then you’re doing it right.”

Listen to Dem EP now, and follow him on Spotify to keep updated.