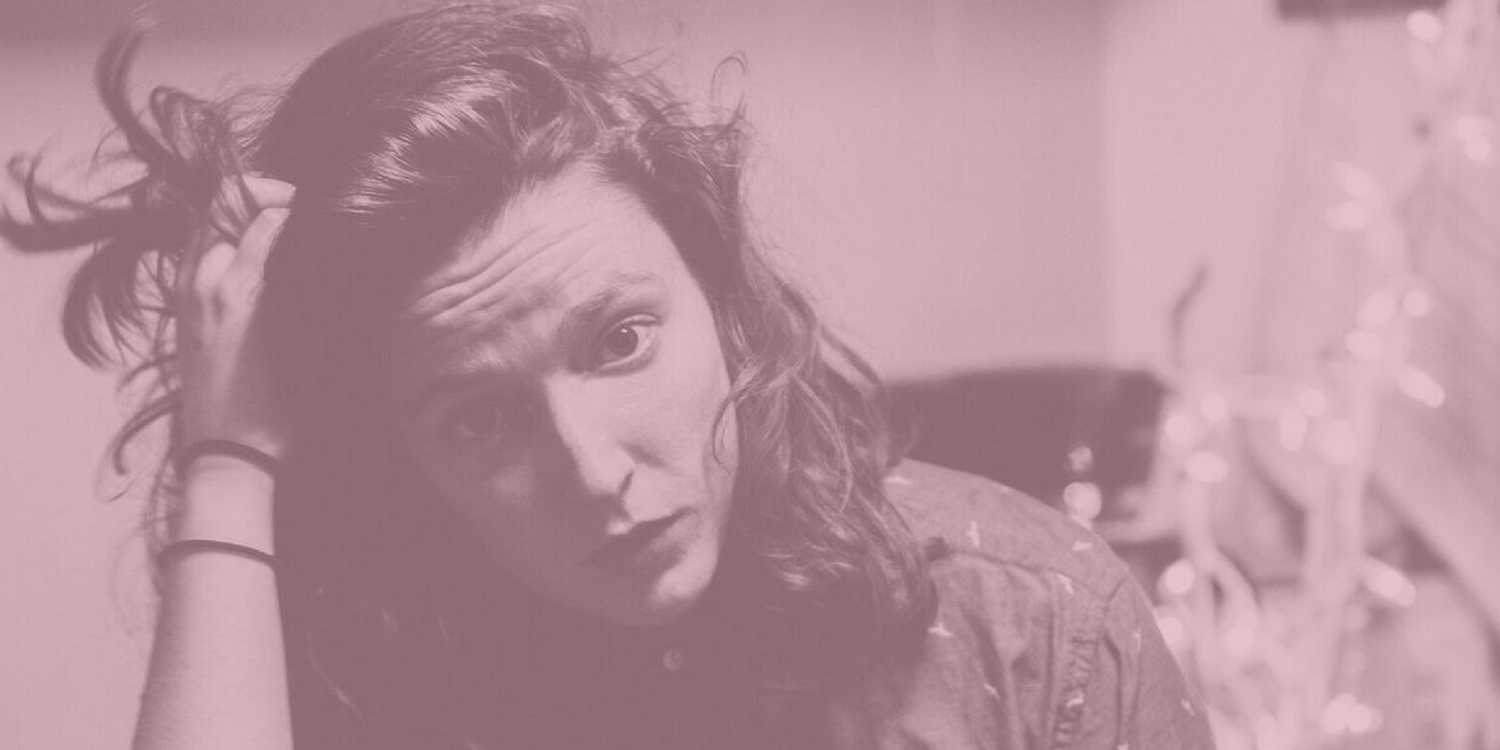 Debut projects can be daunting, intimidating, but also authentic. A great example of how an artist’s trajectory can change quickly is in Alyse Vellturo’s one-woman act, pronoun. Currently residing in Brooklyn and fresh off her stint at SXSW, we spoke with Alyse to talk about the whirlwind it has been for her since her debut EP, “There’s no one new around you.” debuted in November of last year.

Alyse described to me that while her live show does in fact use a band, the EP and recording is solely her. With a name like pronoun, all lower case, I asked how she came to the decision on naming this project.

She says, “Pronouns can stand alone, which I think is pretty cool. I am not really a grammar buff, but I definitely learned a lot about pronouns since I named myself it. It can be the subject or the object; there are all of these different capacities pronouns can have. It just felt right when I decided to use that. Out of all of the other options, I just thought it was the best fit. All lowercase too, it’s more aesthetically pleasing, so I’ve been going with that.”

At this point, pronoun has only been a band for 8 months. With an EP release since the start of it all, I wanted to know how Alyse has felt about the overall response. She explains: “It’s been really awesome, just the amount of people that were able to listen to it and connect to it. I’m always on Twitter looking at who’s talking about it, so I can engage with them. A lot of people said it’s helped them through hard times, which I think is kind of one of my goals for it.”

Inspiration and ideas are a major part of any project, Alyse told me that during the creation of “There’s no one new around you.” she listened to a lot of her Discover Weekly playlist on Spotify. “When I decided I wanted to start making it, there was 3 artists I heard that I was like, this is cool and different, and I want to make something like this.” In case you were wondering, those artists were Day Wave, Japanese House, and Julien Baker, who she thinks is incredible.

As I spent time reading recaps from SXSW, pronoun was an act that showed up on many lists for being a favorite of the festival. I asked about this years’ experience for her.

She says,“I went to SXSW for work last year, which was actually kind of fun and less stressful. You get to see bands you work with, hangout with coworkers, and catch up with friends. It is like a mini vacation. But this year was a little more stressful with more responsibilities. However, it was awesome. I had only played four shows in New York before we left to drive down, and we played three on the way to SXSW. We actually played 5 sets this year at SXSW.”

I asked if the experience has translated into a smoother live show and Alyse had this to say: “We just played this last week in New York and people could notice a difference. I was way more comfortable and relaxed with the practice.”

With concert season quickly approaching, I wanted to know what we should expect from a live show and if there were any upcoming shows. She says, “We’re doing EMO Night’s takeover, which is going to be awesome. Which is cool because I listened to The Spill Canvas a lot growing up and now I am sharing a stage with them. However, that is about it for now. It’s expensive to play live, so we just want to make sure it’s the right fit, right venue for us.”

I personally came across pronoun because of the track “just cuz you can’t”. With that being the most recent single I inquired about upcoming projects Alyse is working on. She says, “I’m finishing some demos. I don’t know if I’ll make another EP or a full length, it just depends on where the songs take me. But I would like to put out another single before the summer and build from there.” Alyse also filled us in on her new venture, starting her own record label, Sleep Well Records. “I have two artists already signed, Sulene and Charles Fauna,” she says. “Sulene’s EP just came out and Charles’ will came out late summer or early fall. So I’ve been running around doing that as well.”

As summer approaches, I wandered what she was looking most forward to this year. She says, “Really just the nice weather. We get out early on Friday’s starting after Memorial Day. New York is so great in the summer, so I’ll get to longboard around and hang out with my friends. We normally do a big 4th of July weekend. And also just putting out new music.”

Alyse’s most recent “fangirl” experience came from an encounter with The Japanese House. She says, “I was in the same elevator as them at Spotify and I was kind of freaking out, I didn’t say hi. I love Frances Cone, another Brooklyn band. We did a couple of shows with them and I totally fangirl over them, but I also hang out with them. They think I’m kidding but I’m like, no I really love you guys. I also love The 1975.” (We do too)

Lastly, I asked what’s in store for pronoun moving forward this year. She says, “Working on demos, and launching the next campaign. But also developing the label more and releasing projects I really believe in.”

pronoun will be announcing more shows soon but for now check her out across all major music outlets and May 4th at Emo Nite LA.