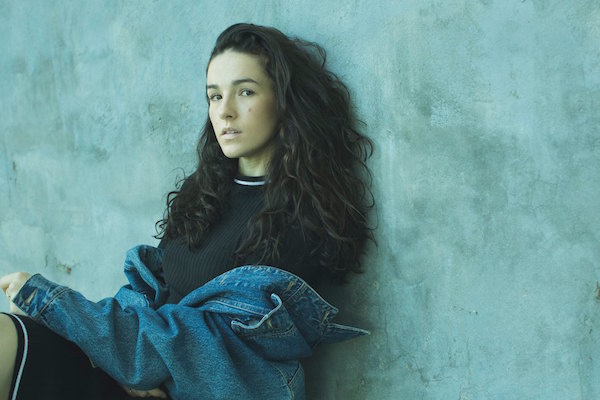 Robinson’s song “Don’t You Forget About Me” is one of the loveliest songs I’ve heard. The light piano and her haunting vocals will play on and on in your mind. The song already has over a million streams.

The singer grew up in New Zealand in a musical family, and yes, New Zealand played a large role in her musical inspiration. She laughs, “You have to make your own fun, we’re a little bit isolated from the rest of the world.”

That’s what makes their music a little different, but with artists like Lorde paving the way for artists from that area, we can expect to hear a lot more from the quirky country.

She says, “My mom’s side of the family grew up playing the piano and singing and it was embedded in me. Even just playing music in the car or at home and growing up with lots of amazing influences like Stevie Nicks and Jeff Buckley. Having that around me all the time made my passion for not only singing but songwriting so much greater.”

You can so clearly hear those inspirations in her writing and her voice. As far as her songwriting goes, it changes during every song. She explains, “Sometimes I will hum something and find a melody and seeing if putting words to it works. Sometimes I’ll be really driven by a word or lyric and that will inspire the song.”

Robinson always thought she was going to be a singer, but she was writing a lot of poetry in her spare time and thought nothing of it.

She says, “The older I got the more I realized I could combine the two things and that’s when songwriting because such big part of my life. Making poetry into music was something I really wanted to do. I wanted to get across to people how I feel and hope they could relate in the same way.

But for her song “Don’t You Forget About Me,” she was hit with inspiration on a trip to LA. “These emotions had been building up inside me for ages and I was in my hotel room one night and I had this piano idea in my head and I just started singing words to the piano in my head,” she laughs. “This emotion had taken over me. It’s about losing yourself in order to find yourself and hoping the people around you understand. I was in there in this big city and I was really excited but sometimes you feel like you have to separate yourself.”

That feeling of loneliness despite being surrounded by people is so easily translated and understood. It’s that yearning for comfort but finding peace in yourself. It’s so poetic. Something that I think is so easily lost in music. There’s a lack of poetry in modern music but Robinson emphasizes that you just have to look for it.

She says, “I think the beauty of music in general is that there’s so much of it to appreciate. Some songs are about going to the club and getting down and that can be really appreciated, but there are a lot of new artists that are going back to their roots. I think people are going back to that, those artists that are very poetic with their lyrics.”

Robinson’s best advice is to trust your instincts and don’t doubt yourself. She says, “I feel like I went through a phase where I doubted myself a lot and I wanted to please other people. Just be confident in what you’re doing and trust your instincts.”

Follow her on Spotify for new releases and watch the gorgeous video below.