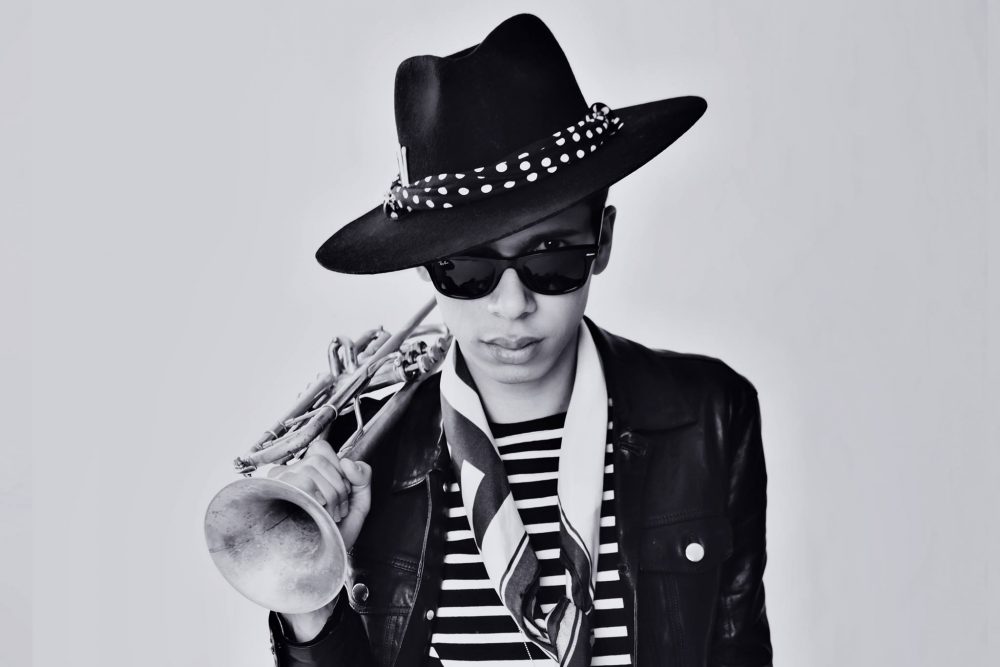 Spencer Ludwig definitely has a unique sound, and that gets tossed around a lot, but how many pop artists do you know can bust out a trumpet during their performance?

Spencer’s trumpet is synonymous with his performances and he uses it in a way that’s very different. His shows are intense and often end with him crowdsurfing trumpet-in-hand.

His love for the brass instruments came early. He says, “I was able to choose an instrument in fourth grade and I was really interested in the saxophone and that’s what put me on the path. Once I chose that instrument I started taking lessons and started falling in love with music and I became more curious about other instruments.”

Spencer knew that after high school his career would be closely tied to what he studied in college. He explains, “I thought if I chose to go to school for the trumpet that’s what I would do for the rest of my life as long as I worked my ass off and tried to be as great as I can be.”

The use of the trumpet became his signature sound. It was only natural for him to use it in songwriting. Spencer says, “Being a trumpet player first was my skill on top of songwriting. It’s a weird thing  I have. A lot of songwriters play piano and guitar but I really have a foundation on trumpet.”

His songwriting comes from a very personal place and he admires other songwriters that are pioneering what he calls “honest pop.” He wants his music to come from a place of authenticity.

“I’ve been working on writing from personal experience and trying to expose my feelings and my thoughts and my flaws. Trying to be as honest as possible. Drawing inspiration from real-life experience whether that’s romantic relationships or friendship or a traveling experience. Just something in my life that I can speak of authentically and honestly.”

Music can serve many different purposes, and a lot of pop music is feel-good songs but pop can also be a little more emotional. You can have both.

Spencer notes, “I want my honest-pop to make you feel good, but sometimes it’s nice to have a story behind the lyrics that give it another dimension. It’s got it’s own personality.”