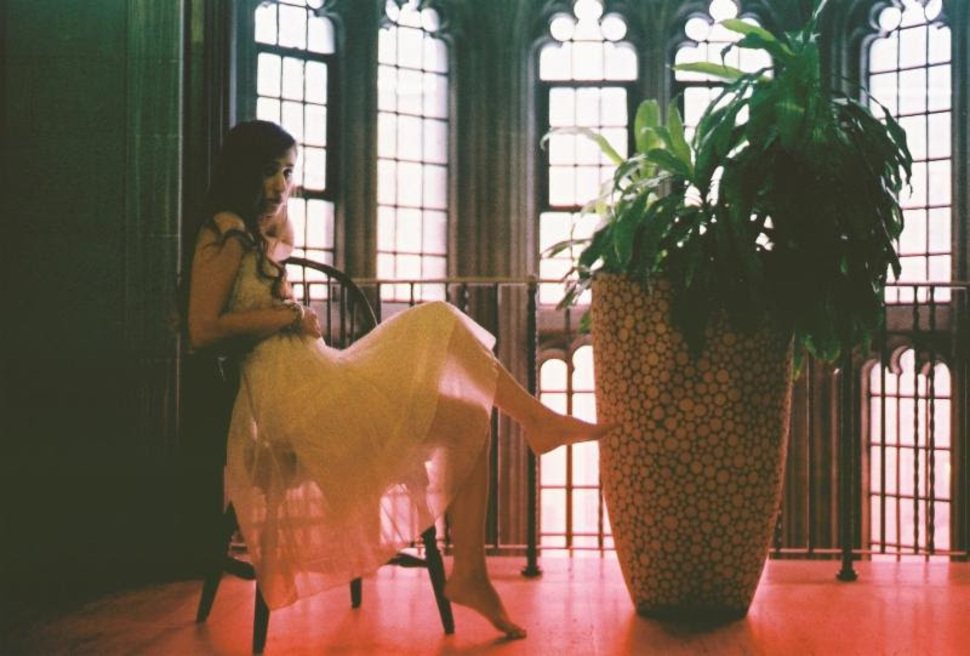 If you like dreamy, spacey, all-in-your mind, romantic music, you’ll like STACEY. Her sophomore EP First Move is out this fall and with the mellifluous singles she’s been releasing we can’t wait to hear it.

She started in music very young, her mom asked her if she wanted to take piano lessons when she was 7. She was reluctant at first, but her two brothers were taking te classes and she wasn’t one to be left out of anything. She says, “I fell so in love with the piano and grew up playing a mix of classical and contemporary songs in the Royal Conservatory system in Canada. I started singing and writing songs when I moved out to go to university, much later in my musical trajectory! “

STACE Yis influenced by so many of the greats like The Beach Boys and Carole King, but also her contemporaries like Wild Nothing, Lana Del Rey, and Alvvays. “At the end of the day I just want to write great classic songs and that is what these artists do,” she says. You can pick up all these inspirations so clearly. Her music is dreamy but it’s modern, it has a little bite to it.

In the early stages of her songwriting she was fixated on romance and everything that goes with it. She tells me, “Romance and love are so complicated so there’s a lot of ideas and feelings to dig into. The ideas that usually make it into a full song are the ones that are completely consuming me, born out of a necessity to release. Mostly my goal is to find the sonic equivalent of one or several emotions.”

‘First Move’, the title song off her new EP, is a perfect example of that. It’s about someone she had a consistent crush on but wasn’t sure of how the other person felt.

She explains, “I couldn’t tell if the butterflies were only happening for me, but I felt them so intensely. I slipped into a weird headspace that’s equally exciting and disappointing at the same time, because you weigh the possibility of requited and unrequited interest. The song is left open ended purposely for that reason. I really tried to mirror the feelings I had. I chose it to dual as the title of the EP because that song feels like the epicenter of the spectrum of sounds and topics explored on the record.”

As far as her career goes she says the hardest thing she’s dealt with is the constant rejection, musicians and artists face rejection on a daily basis and it doesn’t ever start to feel better and a musical career can take time, nothing no matter what people tell you, happens over night. Stacey says, “It can be hard to face rejection head on and also be patient. It’s also challenging to balance art and work and a social life. These are the truisms for most artists though I think. Maintaining resilience & self-care is key!”

As for her advice to young women? She says “Your authenticity is your biggest asset & trust your instincts. Also remember you are so loved.”

Follow STACEY on Spotify to keep up with new releases, watch her super cool video.