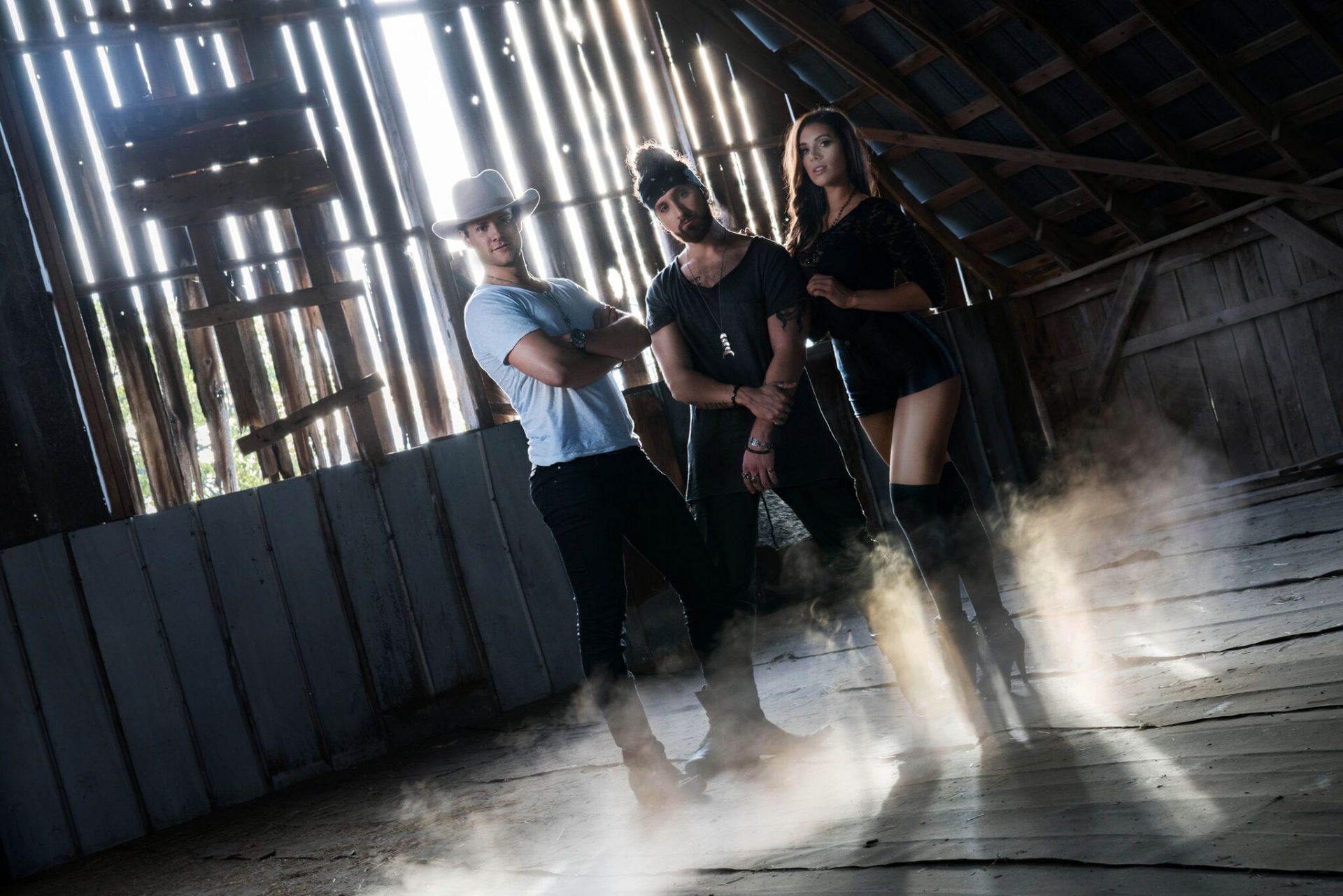 Imagine forming a band after a late night karaoke session because that’s exactly what happened between Hannah Huntley, James Lynch and Peter Erik of SLVR Tongues.

If you were to just look at the trio, they look your typical country group, but once you listen to their songs they’re way more than that. They’re one part country, one part pop, and another part rock. That’s partially because each member brings with them their own taste.

Hannah talks first and and tells me she came from a very different background. “I was more pop/songwriter and James came from a metal background.” James elaborates and tells me he listened to a lot of rock growing up not to mention he recorded with a metal group in Germany.

James tells me he worked at a karaoke bar in Hollywood and Hannah came in one night to sing. “We had actually talked about collaborating before, and one Tuesday night Hannah came into sing and it just happened.”

“Yeah, after I heard her sing, I thought there really is something there,” says James. “We later recruited Peter since he was here for studing at the Musician’s Institute.”

Their EP, Rough Around the Edges released this year and the group quickly relocated from the Sunset Strip of Hollywood to Nashville, Tennessee.

“All 3 of us have such eclectic taste, that our musical influences vary,” says Hannah. James chimes in and adds that while most of their inspiration came from their Hollywood experiences, it was their entire lives altogether.

“We all grew up listening to country music, and we were always interested in it so we decided to experiment with it,” says Hannah. “I also think having both male and female perspectives allows us to explore multiple outlets.”

“We just want to create magic for everyone,” says James. “We love all of it – booking shows, touring, everything!”

Hannah jokes and explains their third member, Peter, is actually located in Sweden. “We can’t wait to tour so Peter can actually have a visa and join us,” she laughs.

Follow the group here to keep up to date on new music and tours and check out their EP!