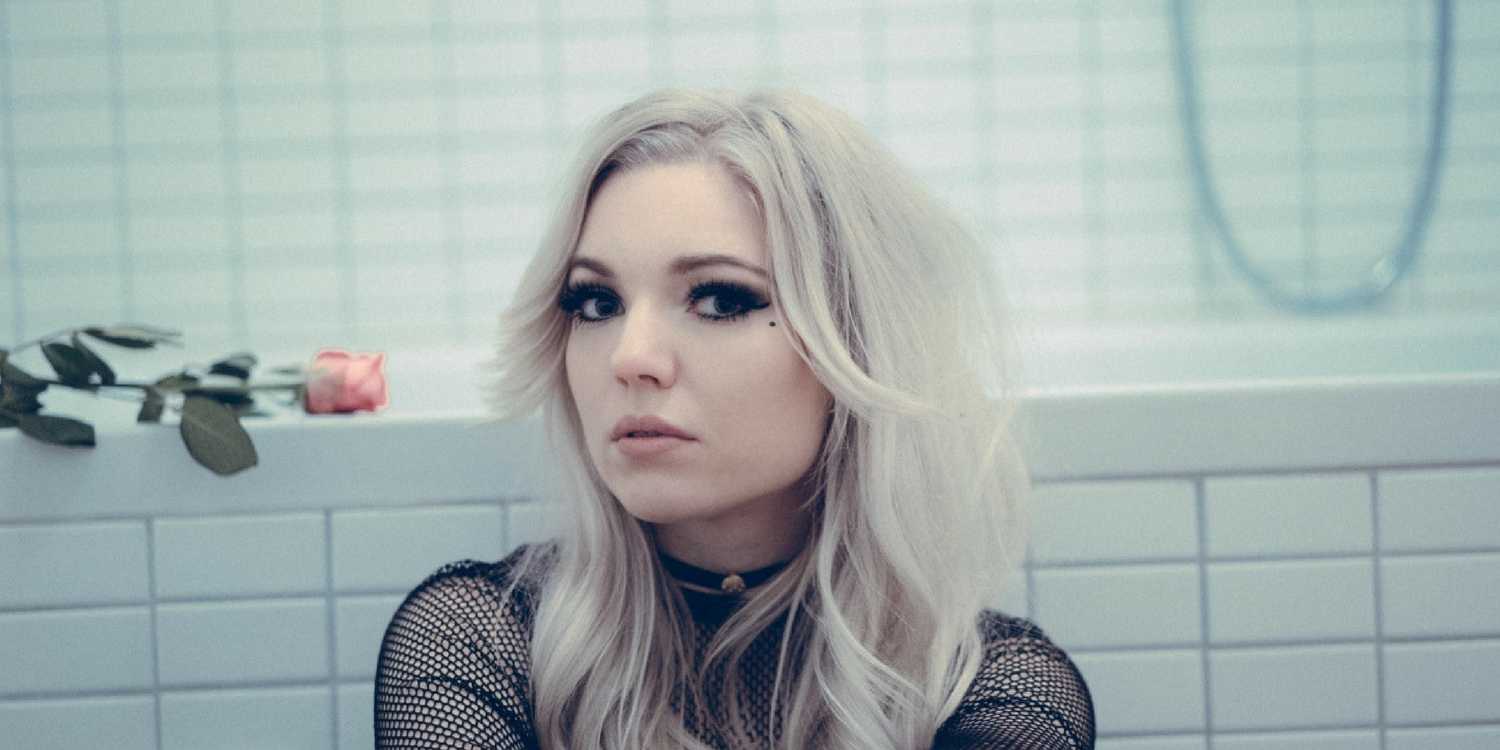 There’s a lot of hate musicians have for streaming services. Services like Spotify and Apple Music have completely changed the way musicians make money but in one very important and very positive aspect, they’ve completely changed how we discover it. There’s a good chance I would’ve never heard the shimmering electro-pop sounds of Sweden-based Violet Days before they snuck their way in to my Discover Weekly. After hearing Lina’s sweet voice echoing on ‘Your Girl’, I was immediately fascinated.

Lina grew up in a musical family but her career really took off when ‘So Dope’ was released in 2015. She says, “We had no push at all and some playlists started picking it up and suddenly it had one million streams. When we released the song “Your Girl” every really big playlist put it in! I think that’s just Spotify listening through new music and deciding what songs they like. I guess we’re just lucky that they found us.”

She adds that even though there are a lot of aspects about steaming that she’s not fond of, she doesn’t know how she would reach out without it. With so many musicians constantly pushing out music, it’s nice to have Spotify data that curates specifically based on what their listeners actually like.

She says, “It’s so important to get someone to discover you somehow. I think its really important when you’re independent to get that push, but then the revenue for streaming, I don’t want to go into all of that, but I’m happy the people are hearing my music. That’s what is important to me.”

Now as a listener, I get giddy every time my Release Radar tell me there’s new Violet Days, and it’s been love ever since. Of course, the Swedish have always seemed to have their pulse on pop music. Lina says she has Max Martin and ABBA to thank for that.

“In Sweden it’s such an amazing songwriting culture and a good pop scene. I’ve been doing my groundwork here and writing with other people and other producers because everyone is good! We’re really spoiled with great songwriters, and producers here. It’s a small industry, everyone knows everyone. It’s a good platform to come from.”

Lina’s songwriting is so personal. I feel like so many of her lyrics speak to young women. In “Your Girl”, she sings “I tried to reach through your silence, But you just look away, As if there’s nothing left to say, It’s like you’re acting like our love was never wild enough, But still you call me yours, I can’t pretend anymore”

That kind of reliability can only come from pure honesty. As much as I love poetic metaphors, they can get lost in translation, sometimes it doesn’t hit as hard. The way Lina writes and sings, it’s more like a friend talking to you.

She says, “I want it to be like something from a journal, something you would actually say. I try to be as conversational and as real as I can. I try to write about things I’m going through so I can relate to my own songs. I think if I do that, maybe other people who have gone through the same thing can connect to it.”

And they do, I’m sure I’m not the only one. The thing that keeps Lina inspired is seeing those monthly listeners increase. Her best advice to other girls making their start in music: Just stay real, don’t try to please everyone. Listen to what you want to do and don’t try to copy anyone else. You have to find your own abilities and embrace those. Try not to sound like everyone else, find your own thing and be confident and brave.

Like always, we’re following them on Spotify, and staying tuned. Lina assures me that they’re working on an EP, caving in at the studio and staying there until it’s done.