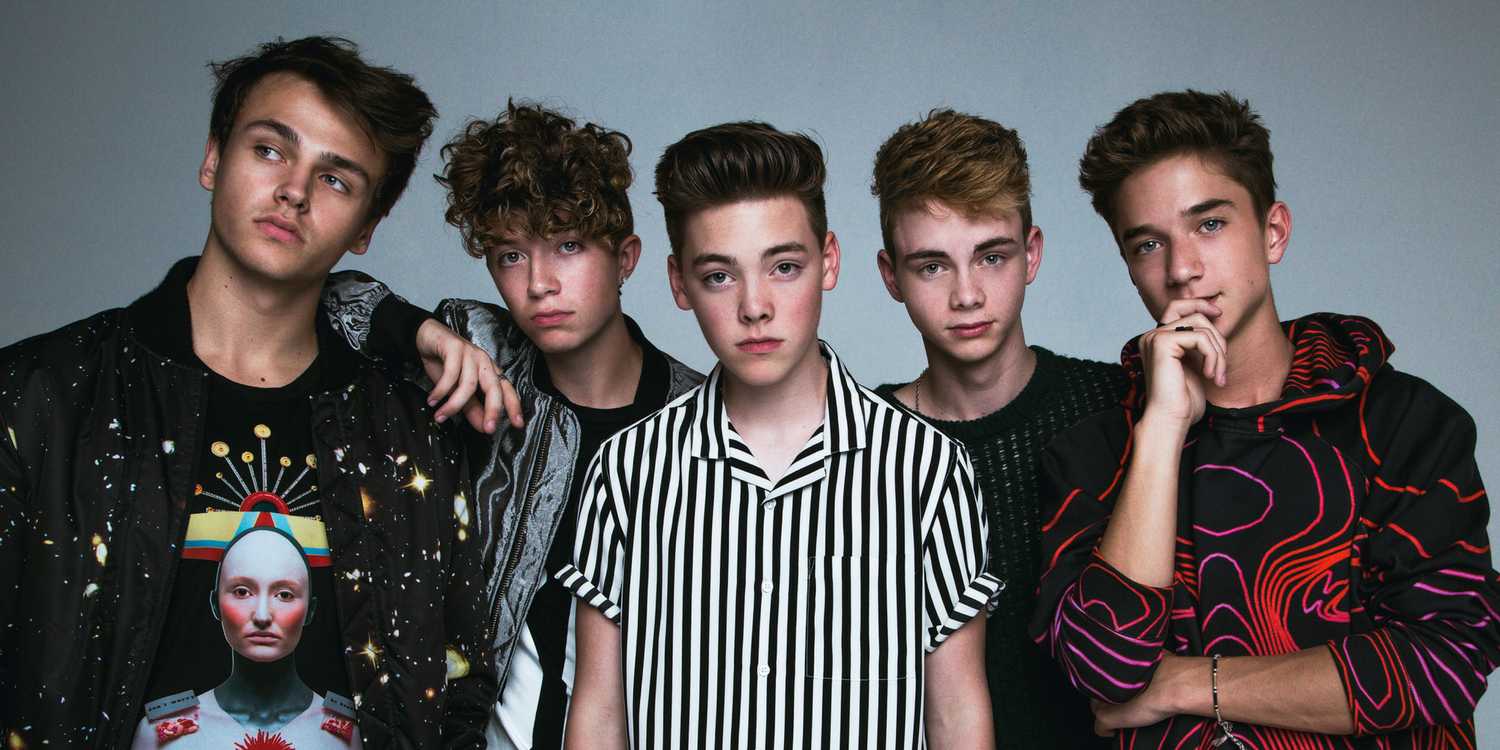 Why Don’t We are an internet sensation, their video “Taking You” already has over 200,000 views and is growing fast, not to mention their intense social media following and loyal fans. Why Don’t We consists of Jack Avery, Daniel Seavey, Zach Herron, Corbyn Besson & Jonah Marais and they each bring a unique flavor to the group.

They all started as solo artists but they’re so much stronger together. Their voices just blending and bouncing off each other perfectly.  Corbyn says, “Along the way, we pretty much all met each other at different stops and at other events. We all have the same passion for music and similar musical aspirations"

Their musical inspirations are pretty vast but Jonah says he’s been a belieber since day one “I know this may sound cheesy, but Justin Bieber has made a huge impact on my life,” he says. “I first saw him perform in 2009 when he was fifteen years old. Me being younger than him at the time and looking at a fifteen-year-old kid performing for an arena of people was so inspirational.”

Their songs “Taking You” and “Just To See You Smile” are sparkling pop perfection. Their voices blend so well together and they just bring a smile to your face.

With Why Don’t We’s growth starting on YouTube and social media it would only make sense for them to look up to Bieber who started on a similar path. Asides from their music videos, Why Don’t We hosts “Tea Time” where they answer questions from their fans, it’s adorable and sweet but really shows how much they love their fans.

Jack says one of his first musical memories was when he was 5 years old and would watch his dad play piano. He would stand right next to the piano and watch his dad play in awe. Each of the boys have similar stories. Music has always been a big part of their lives. Zach grew up idolizing Justin Bieber and the first song he learned was ‘Baby’, he remembers being at his aunt’s wedding and begging his family to let him perform the song for everyone.

Corbyn says a life-changing moment was hearing the instrumentals for their EP. He says “We didn't really know what to expect and I just remember us all being blown away by the music and going crazy while listening to it.”

It’s so inspiring to see how genuine they are. They’re so thankful and humble but are striving for perfection. They’re heading out on their first headlining tour and couldn’t be more excited about traveling around the country together and meeting their fans.

“The idea that we will be performing for and meeting fans from all around the nation is just an overwhelming reality that I can't wait to live,” says Daniel.

Jonah adds, “We've been prepping for over a month now!! Working on vocals every day, making sure we're in good shape, and going through the show in our heads every day. We're heading out to LA for two weeks before tour starts, and while we're out there we'll be really focusing on and perfecting our show.”

They emphasize that their show will be original. Daniel explains, “You can definitely expect originality. We have worked hard at learning how to use our unique talents like playing different instruments, or looping so it'll be different than what you'd expect from a boyband.”

They all emphasize that they’re being super healthy, drinking tea, doing vocal warm-ups in order to not get sick on tour. Zach says that comes with some vigorous training. He says, “We want these shows to be the best they can be, so working up to this tour we've all been making sure we workout, eat healthy, do our vocal exercises.”

The main thing that they say all the time, the thing that warms my heart, is how much they love each and every one of their fans.

Jonah says, “They have truly changed my life, and given me so many opportunities. If I'm having a bad day sometimes I'll just go on Twitter and scroll through my mentions, and instantly I have a smile on my face.” Jack reiterates, “They've played such an important role in this, and without them, we would be nowhere. They seriously go hard, can't explain how much love I have for them.”

Each one of the guys told me not to miss the show and I am definitely not. I’ve been obsessing over their videos and their adorable personalities. I honestly cannot wait to see where they’re headed because I think they’re the next big thing.