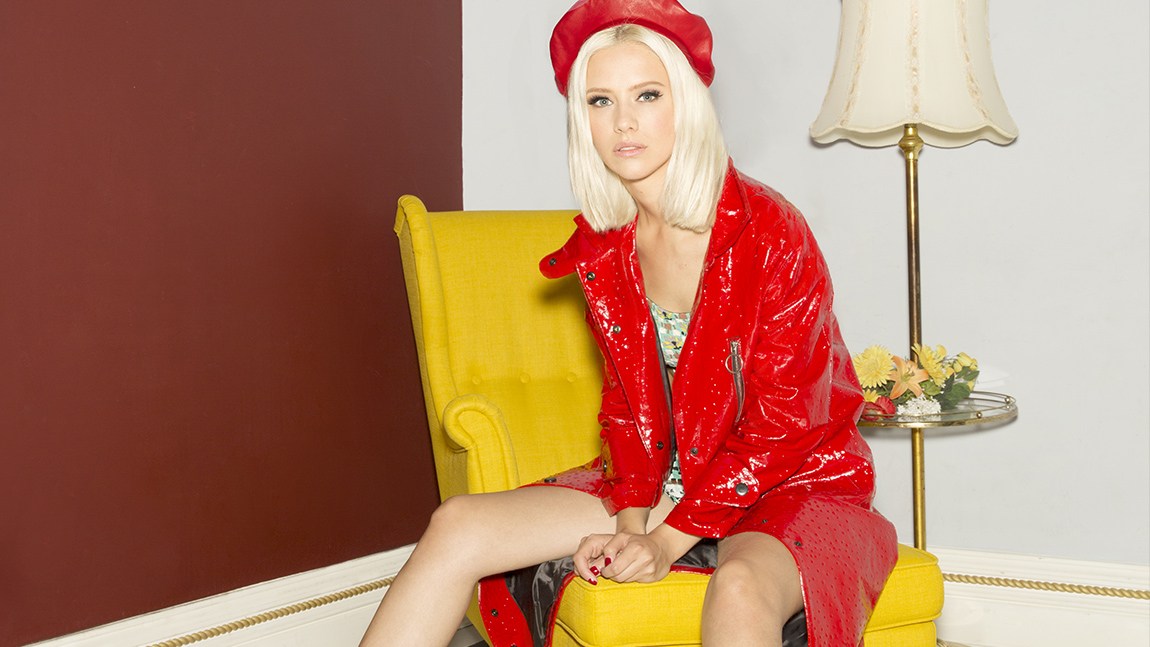 Dagny is on a roll right now, the Norwegian pop star just opened for LANY and she’s been dropping new songs like nobody’s business. As soon as she burst onto the stage at Emo’s in Austin she was all energy and smiles and she rolled through tracks like “Backbeat” from her Ultraviolet EP, her smash hit “Wearing Nothing” and teased some new songs that I can’t wait for, notably, “Bullet”.

Dagny Norvoll Sandvik, known as Dangy, grew up in a musical family. “We always had music around. I wanted to be a drummer but not a singer or performer or anything,”

Dagny muses. “It was actually when I was around 16 that I started writing. I wanted to be a songwriter before I wanted to be an artist. Then it developed into performing locally where I’m from in Northern Norway. Then I guess it just escalated from there. When I moved to London in 2012, that’s when it really, I started taking it seriously. I never looked back, as they say.”

Dagny’s music is so infectious. I remember hearing her Ultraviolet EP, every song on the album just made me so happy. From “Backbeat” to the dynamic “Fool’s Gold” there was just so much energy. When she released “Wearing Nothing” this year it had that same kind of carefree vibe.

She says, “I feel if I could give other people an experience of just having an amazing time or making them feel better on a day where they’re not feeling that great. That’s the best thing that I can ask for. Someone once said to me, when you’re in love or let’s say you’re heartbroken or you’re down then actually the best medicine is to go write a song that’s just super happy and that lifts you up. I think it’s amazing that music has the ability to do that. To make you feel something or change your mood like that.”

“Wearing Nothing” was really the song the pushed her over the edge. She started appearing on every music curator’s playlist. The song itself has a double meaning.

“We wrote it about when you meet someone that you just want to be completely bare with and just want to open up and show everything to in every sense of the word, mentally and physically. I think that we really wanted to get across this very intimate feeling without being too … we play on words,” she says. “We play on the idea of being undressed to the point where just a little bit of piece of clothing feels like too much space in between but it’s really just about wanting to be super close to someone. It’s a rare feeling, when it happens it’s so strong. It’s so powerful. I think people connected to it because it’s something that people can relate to.”

Dagny loses herself when she’s performing. The entire performance she glowed on stage responding to the audience and dancing fervently in a white jumpsuit.

She says, “For me music has always been, I want to go up on that stage and just completely let myself loose and just for half an hour, an hour, or however long we play, just completely disappear in the music. I think the best shows are the ones where you really feel like there’s a great communication between the audience. It’s like you’re part of something together. It’s just an addictive feeling, I guess. It gives me a rush that nothing else does.”

As far as the touring goes, Dagny is relatively new to an American audience, but they’ve been fully embracing her. She says, “It’s just overall been such a new experience and so fun. The whole thing of getting up every morning and knowing that every day you get to play a new show. I don’t know. The audience has been so … I mean, you were there you see they’re so wild and loud and excited.”

Part of her performance included a few new songs that I couldn’t stop thinking about. She’s going to release a couple of singles over the next few months and get as much music out there as possible with an album possible coming out next year. She’s only released about seven songs and is already on every major Spotify playlist and opening for one of the hottest acts right now. She says, “I think that for me, it’s like right now all I want is that people get to know the music more and I want people to be able to come to the shows and sing along and know the songs, and be excited about that one song in the set that they’re looking forward to. It’s great that people discover new music now at the shows but I just want to get more music out.”

Her best advice is simple, be yourself. “Stick with your gut,” she says. “Honestly, it sounds so stupid but every time I’ve done something that I haven’t agreed with myself, there’s always been that thing in my stomach being like, you knew that. I always try and stick to my guts. I also want to say that I want people to be persistent and not think that there is one way to achieve something or that there’s one way to get what you want.”