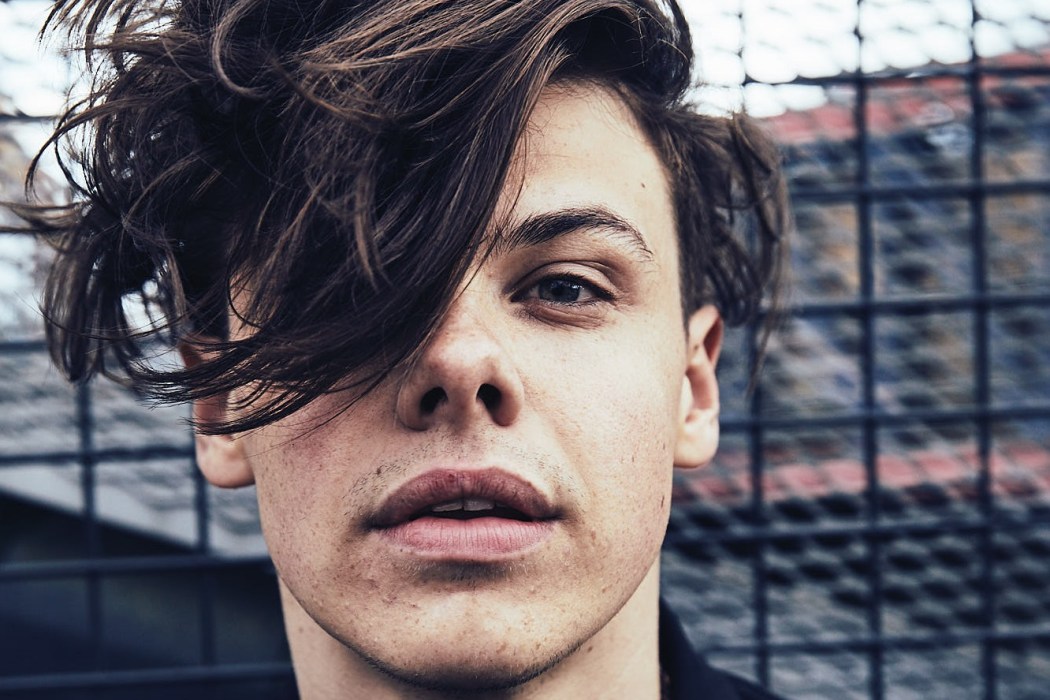 If you’re on the Lolla high like most of us are, you’ve probably seen YUNGBLUD’s set and ridiculously energizing stage presence. I never thought to mix hip hop with punk rock, but whatever he’s doing, he’s doing it right. He’s an artist you’ll want to start getting connected to now because it’s not going to be long until he headlines his own arena shows. Also his debut album is already out now so you’ve got to check it out.

So I read you're from the UK. How did that specific punk rock and hip hop scene influence your sound?

It was the energy and the fire within both genres. They are almost siblings because they contain the undeniable lack of fear to say what you think and not give a fuck. I always felt like people misunderstood my energy growing up and didn’t like that I would have an opinion so I latched onto artists who made me feel like I could be inexcusably myself because they were inexcusably themselves.

Who do you look to for inspiration?

I think the world is a pretty crazy place right now, especially for young people. We are so intelligent. We see a future that we want but it’s being held back by a generation of old ideologies that don’t seem to understand us or just aren’t quite ready for the world to go to that place yet. I feel angry and I feel I have shit to say, so that’s what I write about.

Which was your favorite track on the album to create?

I think medication, because, to me, it combines my two favourite styles of music so originally. Also it feels uplifting and makes me want to jump about.

Who would be your dream collaboration?

Okay, huge Camila and Dua fan so your cover is actually one of my favorites. What are some other pop artists you enjoy?

I love people who are pushing boundaries and are just fundamentally themselves I love Posty, Charli XCX, Jessie Reyez and Lorde.

What can we expect from you as the year goes on?

Right now I’m on tour across the United States for Vans Warped Tour and my debut Album comes out on the 6th of July!! Whaaaaaat! I have shows at the end of the month in Australia, some European and UK shows in August/September and a US headline tour at the end of September. I love touring and I hate the idea of waiting to drop music so there is loads more coming really soon. I’m well excited!