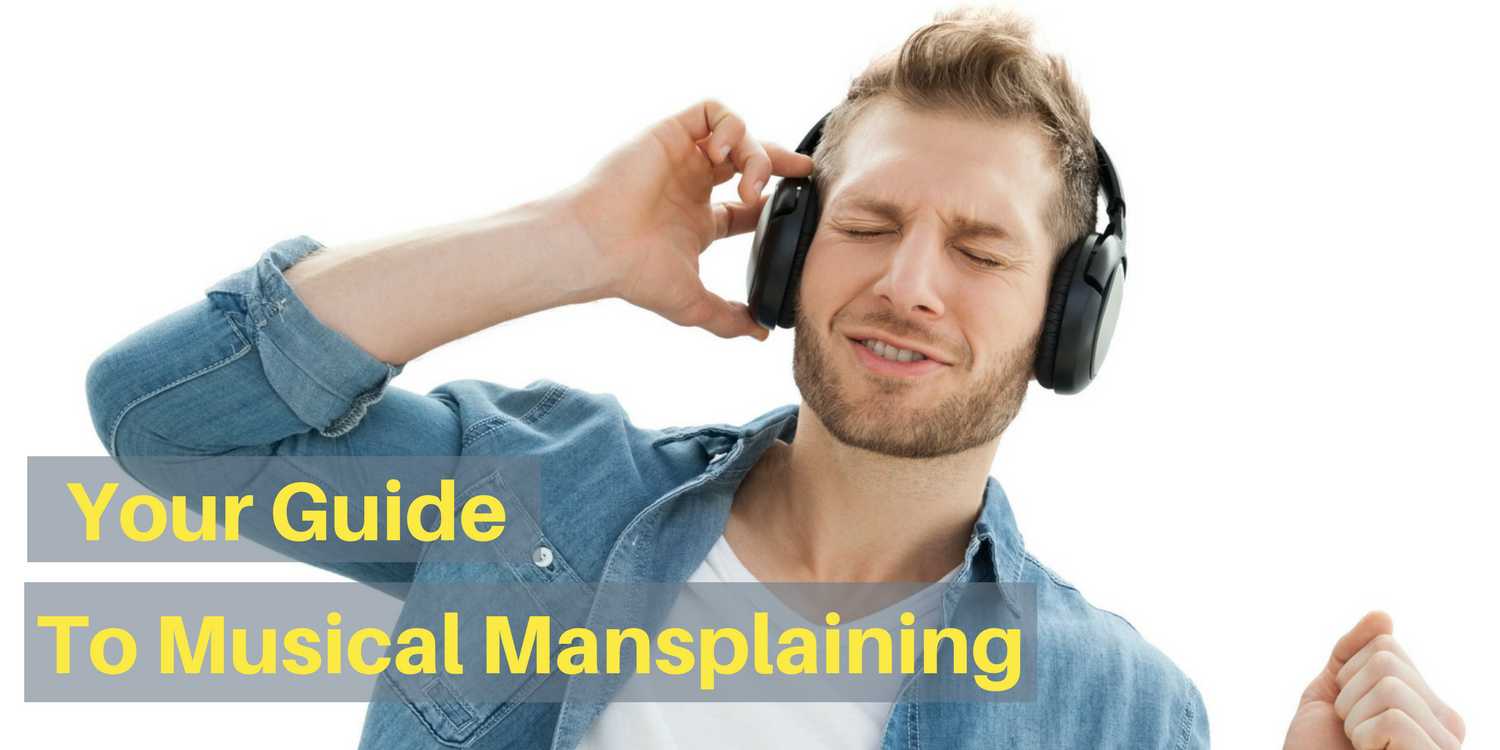 The other day I was at a show with my friend and this guy across from me took an interest in my opinions on music. By “took an interest” I mean he decided to tell me how everything I was saying was stupid and I obviously didn’t know what I was talking about, but since he was older and man he understood music way more than I could ever. Now, here at The New Nine, we believe that everyone’s opinions on music are valid, but we especially like to stand up for young women because so few music publications do. I feel like if you’re a thirty year old male you have unlimited resources at your disposal for reading about music that are targeted to you. What a wonderful time to be a man.

We hear the term mansplaining a lot but essentially when a man feels the need to explain something to a woman despite being either aware of her expertise in the subject or unaware yet feels like he is much smarter and more experiences and must explain to the woman.

Fangirls are actually just young women that are experts in what they choose to love, what you say is crazy is actually a die hard passion. I’m sure you’ve obsessed over a band before, but you’ve never had a demeaning term like fangirl so you feel like your obsession is somehow better than a young woman’s passion.

These girls are ruining the music industry.

Actually young women have been at the forefront of most musical trends, look at The Beatles, Elvis, The Rolling Stones. Do you not like The Beatles? Are they too mainstream?

I think music is subjective and just because you don’t like a particular song or album doesn’t mean that it isn’t important to someone, and what makes music great is how it makes a person feel.

We’re encouraging them to stay crazy, there’s plenty of people to tell them to stop being crazy and if you keep telling girls that their opinions don’t matter you’re ruining an entire generation’s ideas and opinions. You’re ruining our next guitarists and singers and journalists and label reps. If you knock down that spirit at such a young and vulnerable age that will stick with them their entire lives.

Actually young women listen to a lot of indie music and bands that you probably don’t know about but are climbing the Spotify charts and will be insanely popular in a few years because they have really amazing taste and unshakable loyalty. They’re discovering new bands every day and they’re buying their music and attending their shows. Also Justin Bieber’s album ‘Purpose’ was a phenomenal album did you listen to it?

No? How can you judge an album if you didn’t listen to it.

But it’s so mainstream.

Mainstream and pop music are actually a correlation of how many people listen to a song and agree on liking it, just because more people like a song doesn’t mean it isn’t good. Pop music has become its own art form look at Beyonce’s ‘Lemonade’ and tell me that isn’t an artistic masterpiece. Just because it’s popular doesn’t mean it isn’t culture defining and change making. You can be popular and artistic at the same time.

What I’m trying to get at is that this happens a lot and even though I know all of you can hold you own when it comes to mansplaining, you’re not alone. Also, there are plenty of men out there who don’t do any of this and support young women, so props to you gentlemen, keep being amazing and thank you.