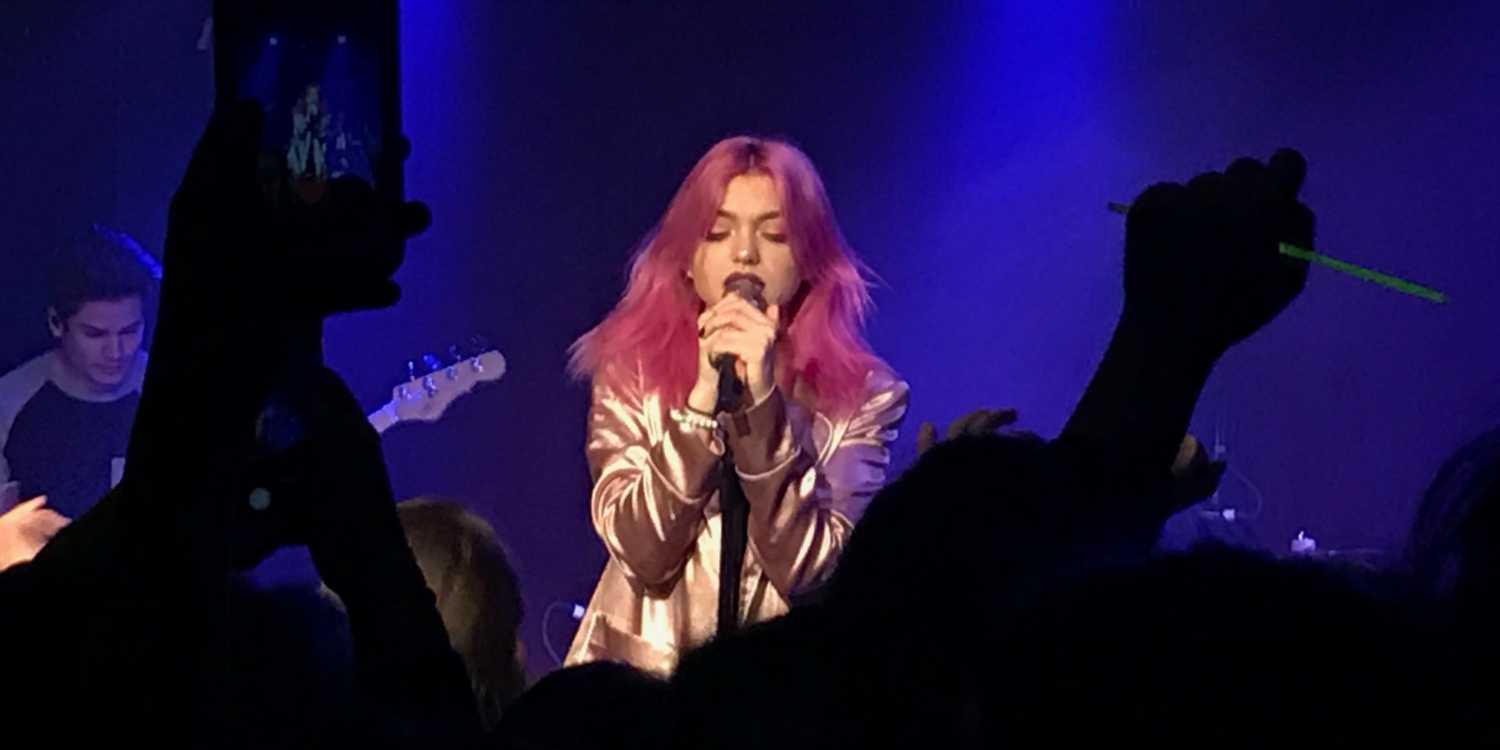 I remember leaving 5 Seconds of Summer’s Sounds Live Feels Live tour last summer and telling my friends Hey Violet was on the brink of success. So would you believe that just eight months later I was hearing them perform sold-out show? When I saw the group, they were a four piece but now with newest bandmate, Ian Shipp, they’re on their first U.S. headlining tour and made a little stop in Dallas, Texas where they performed at the Cambridge Room in the House of Blues.

Hey Violet chose Los-Angeles singer/songwriter, JESSARAE to open their show, and yes, his music flows as effortlessly as his name. As soon as he began to play a chord on his guitar, he captivated the crowd – everyone sang along to every word. JESSARAE also threw in a Drake cover with “One Dance” and won our hearts.

Rena came out in a pink cowboy hat curated especially for this southern show and you instantly knew this was going to be a fun night. “You guys can say Yee-Haw because you’re from here,” she jokes. “We can’t. We’re from California. I wonder what the equivalent is…KALE!?” The group opened up with their single “Brand New Moves” and the crowd erupted. This performance immediately led into “Pure” and just when you thought the song couldn’t get any more perfect, Rena’s vocals and runs destroyed the audience. The high energy performance almost made you forget you were attending a show on a Sunday night.

Hey Violet played a few more unreleased songs including “My Consequence”, “Hoodie,” “All We Ever Wanted,” and “Unholy.” “How do you guys know all the words? We haven’t even released the songs yet!” Rena yells out with the crowd cheering back at her. The group also performed slower “Odd,” which was written with one of our own favorite artists, Sizzy Rocket, a beautiful, haunting ballad about being an outcast. The song plays off the outlook of the outsider and it gives us goosebumps everytime.

Within just two days of it’s debut, “Break My Heart” was on the set list and of course the crowd knew every single word. I don’t think any Hey Violet show is ever complete without at least one cover, so the group performed Katy Perry’s “Chained to the Rhythm,” and would you completely hate me if I said I loved this more than the original? Between Nia on the drums, Casey on the guitar and Miranda on keyboard, the band gave this song a rock twist with more angst and aggression than the original.

Something that is so captivating about their live performance is their ability to bring rock music back to mainstream. You never feel like their songs are too saccharine, they have this edge about them that brings back memories of Blondie and Heart. The ability to bend genres, especially with the charisma and vocal abilities of frontwoman Rena.

The band also played their famous songs about boys – “Guys My Age” and closed out the show with “Fuqboi.” If you’ve ever wanted to feel the rage of a generation, play that song in a group of youths who relate all too well.

The group is finishing up their tour in the states before going to Europe in May, but stream their newest single, “Break My Heart.” Trust on this. You’re going to want to get in this fandom while it’s still early. Most of these songs aren’t even released and we’re just dying to get them on our playlists now.