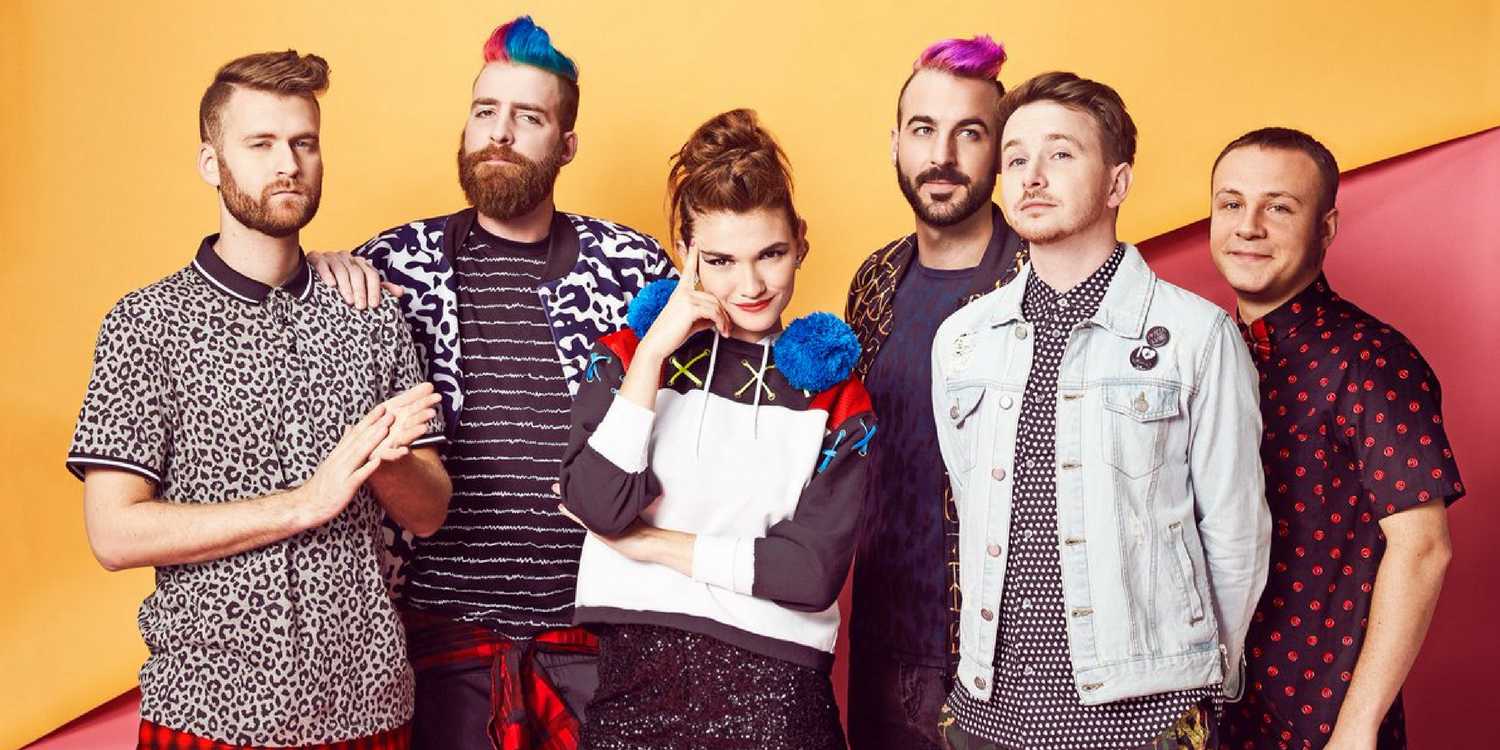 Misterwives. The kind of unique band name that you hear one time and won’t forget. But, Misterwives isn’t just an interesting name – they are a powerhouse group embarking on their second full-length album release, and I for one could not be more excited.

Made up of lead singer Mandy Lee, percussionist Etienne Bowler, bass guitarist William Hehir, guitarist Marc Campbell, multi-instrumentalist Jesse Blum and saxophonist Mike Murphy, the band has been climbing in popularity over the last few years. For me, the use of song “Our Own House” in a Bud Light commercial in 2015 seemed to really put them on the public’s map – funny enough, while this commercial is what got their song in many people’s ears, the band has yet to even see the commercial as they don’t have cable #teamcordcut. The same year, Misterwives took the festival scene by storm, playing the likes of Lollapalooza and Austin City Limits, to name a few.

“Playing festivals is outrageously fun – it almost seems unfair that it’s part of our job,” notes Lee “On a headlining tour, the audience knows most if not all of the songs, but we never know what to expect when we’re at a festival. I think we’re always afraid that we’ll get out on stage and they’ll be like 15 people there… fortunately, that hasn’t happened yet!! We’ve actually been really lucky and played to some pretty massive crowds at festivals around the country.”

Pretty massive crowds is no exaggeration – I was part of the impressive crowd jamming out to their music at Austin City Limits that year and let me tell you, they are an unbelievable band to see live. The band is fun and charismatic, putting everything into their performance, and I firmly believe the more a band visibly loves what they are doing, the more the crowd loves it. And we all loved it. Actually, the band loves playing festivals so much, they told us they see themselves playing them forever, “even if we’re not invited back.”

Fast forward to 2017, the year of the next era of Misterwives. The group took a full year to write the new record, titled Connect the Dots, which was a luxury they did not have when creating Our Own House. The band spent a lot of time together working on this record, from taking over Bowler’s parents’ house for “Band Camp” to renting a house in Woodstock, they covered it all, eventually making their way to Santa Monica to finalize the album with producer and songwriter Butch Walker.

While it sounds like one big party (and it was, obvi), creating this album didn’t come without some challenges. Both writing your own music and working as a band of six, which is pretty large as bands go, can be a gamble, Lee says, so “it’s a good thing we love poker so much.” And, as with most bands, it gets tough to narrow the track list down, as you really have to work to defend the things that make up who you are as a band. But, defending those things, Lee says, is always worth it.

Lee wants young women who are interested in music to know how important it is to stay true to yourselves – “NEVER allow anyone to try to fit you into the confines of their small minds.” She also recommends listening to Helen Reddy’s “I Am Woman” and/or Beyonce’s “Run The World (GIRLS)” Now those are a few things we can get behind!

So, New Nine readers and fangirls alike, buy tickets to see Misterwives open for Panic! at the Disco, which is literally happening as we speak, and get your listening ears ready for May 19. Connect the Dots is coming in hot, and Lee tells us it will be “Action! Romance! Adventure! Justice!!!! MUSIC!!” all wrapped into one. Tbh, that sounds like everything I’ve ever wanted from an album and more, so Misterwives, let’s DO THIS.