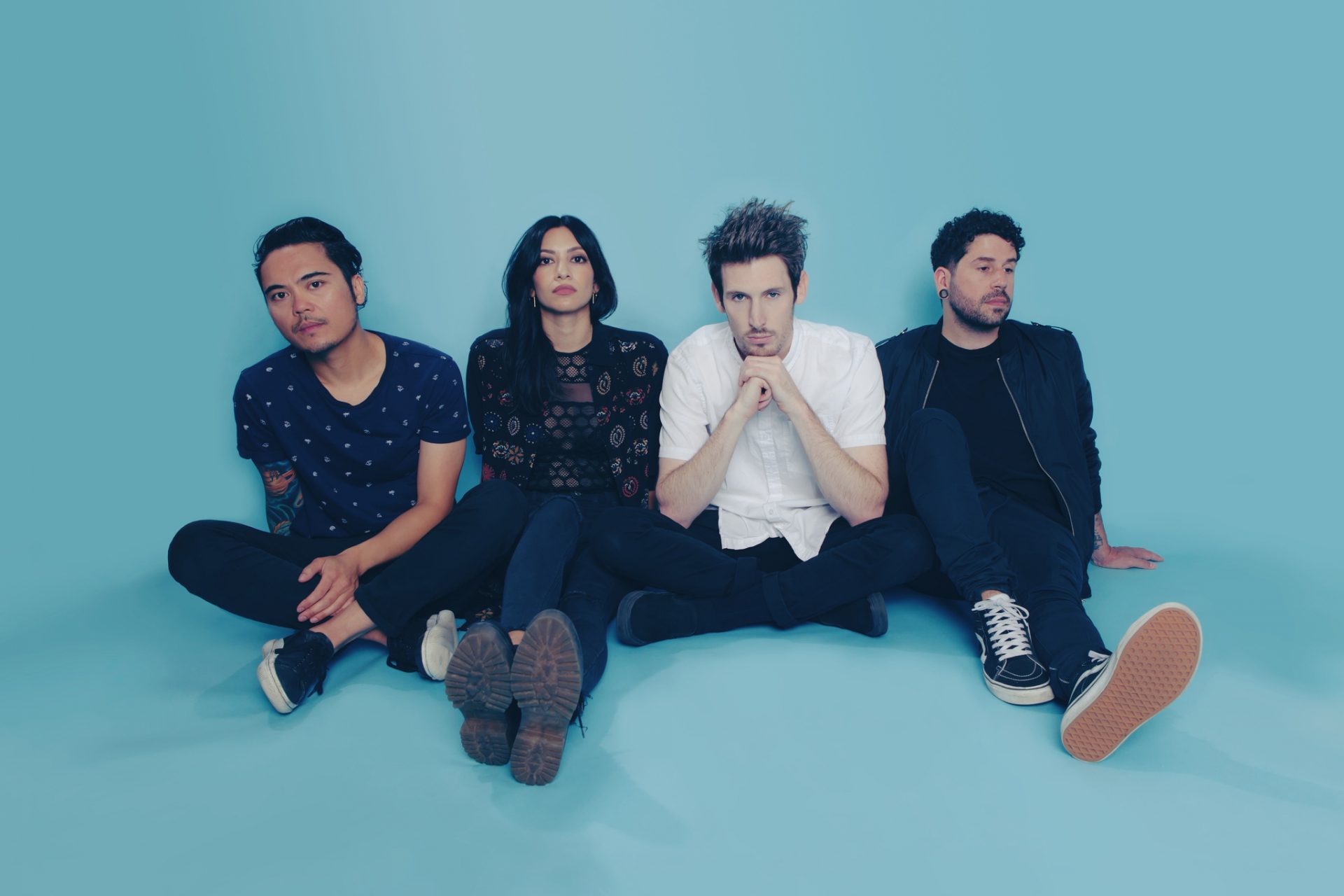 Parade of Lights are having a moment, the indie pop band just released a new single “Touch” and it’s the first track they’ve released since their debut album Feeling Electric. You’ve definitely heard of them before, their song Golden was in almost every commercial and TV show you’ve seen. It was in the Oscars and the Olympics. They toured with Imagine Dragons and The Neighbourhood. We talked to Michelle Ashley and Ryan Daly about their new music and how they got started.

“We lost track of all the different places we heard it.” Ryan says when he’s talking about their song Golden, “I have people that text me all the time that they heard the song.”

It was definitely a big moment for them, to have people constantly telling them where they heard their song, but they aren’t a one-hit wonder, the band has a track records of hit singles and an addicting sound.

Michelle and Ryan grew up in musical families. Michelle’s aunt plays country music and when Michelle would visit her during Christmas they would play songs. Ryan’s mom was in a band with her sisters and met his dad when he joined the band. “I’m always trying to get my parents to get the band back together,” Ryan laughs.

They both say they started taking music seriously when they were faced with the challenge of choosing what they would be putting their work into.

Michelle says, “I dropped out of school, I was going to be a nurse. I came to that fork in the road where you have to choose one or the other and make it priority.”

Ryan adds, “I went to college for like a year and started writing songs in my head and questioned being there. It never worked for me. I was never interested in the whole program of school. I’ve always tried to learn outside of school. We put out our single “Kids” and it was on a couple of radio stations and labels started making offers. That’s when we thought it could be a career. We started hammering away.”

They have a new single out called “Touch” that has that perfect hint of eighties that we can’t get enough of.

“We’re eighties babies!” Ryan says, “We were super young during that time but I think when you’re really young and you’re surrounded by a specific type of music. It’s not a beat you over the head influence but a taste of it here and there. It was an early song in the whole writing process. It was an electronic track and we had this idea and we wanted someone to play slap bass on it. Our producer found the right musician who came in and everyone lost their shit. It took the song in a good direction.”

As for the best piece of advice Ryan and Michelle say you have to stay true to yourself and what you want.

Ryan says, “Don’t do something you don’t believe in. You can fake it for so long but you’re going to be miserable. Hone your craft and work on what you’re good at and do it without compromising your integrity. That’s what’s going to be the most rewarding in the end. You have to be satisfied with you at your core to be happy.”

Michelle adds, “I also would say don’t give up. It’s really easy to say but it’s so much harder to do.”

Follow Parade of Lights on Spotify and listen to their new song Touch.