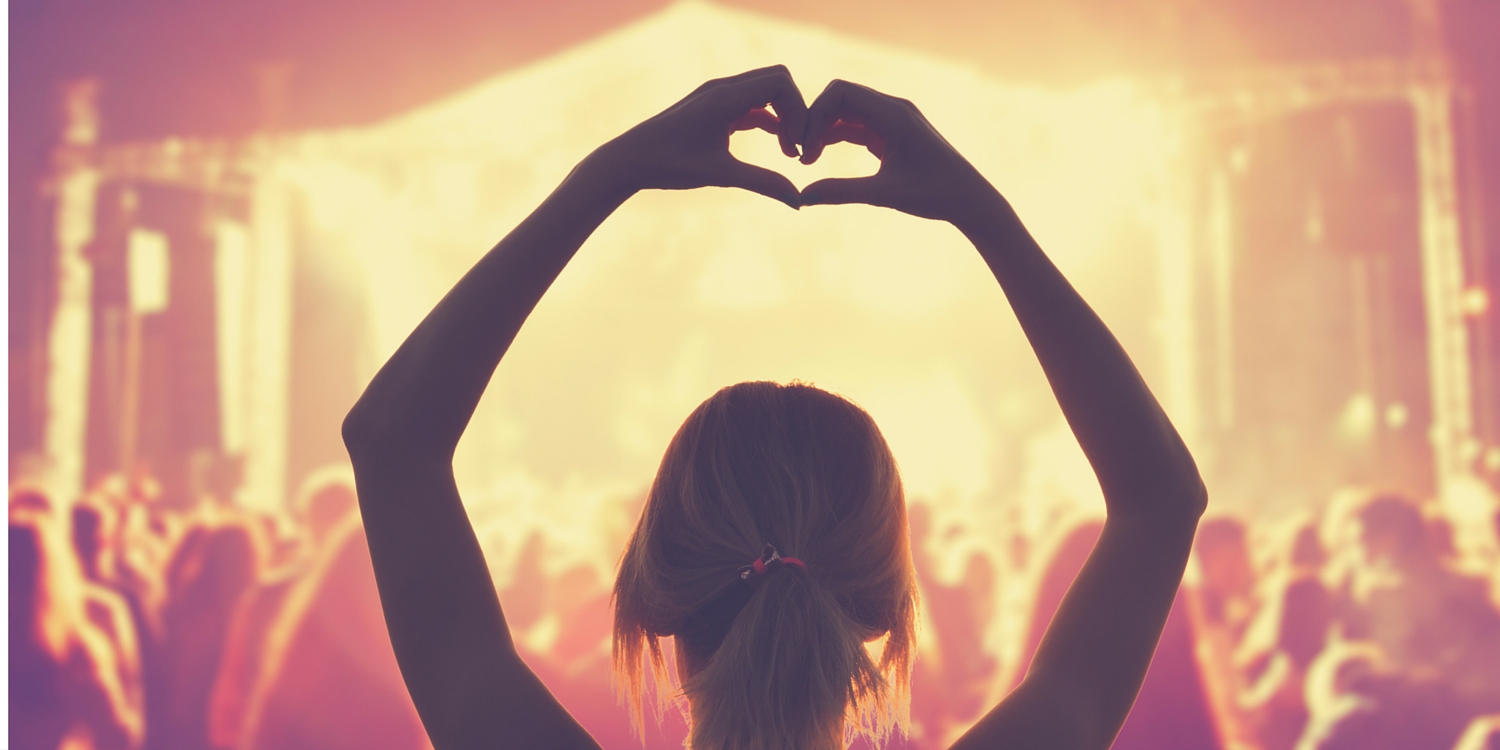 Since I’ve moved to Chicago, I’ve found myself alone at concerts on numerous occasions, and you know what? It’s not so bad. It’s actually pretty awesome. Here are my top reasons why you should try flying solo at a music event.

1. There’s nobody there to distract you from the music.
Don’t get me wrong, I LOVE my friends. I love going to concerts with my friends. But when you go to a show alone, you’re less likely to feel obligated to talk to people around you. When I go to shows I fully immerse myself in the music and the experience, and it doesn’t usually involve talking. Sometimes when I’m at shows by myself I see groups of girls trying to talk to each other over the music, and all I can think is “wow, I’m glad I’m not with them.” We paid money to be here to see this show… don’t you think you should get your money’s worth?

2. You can let your emotions flow.
Something I’m infamous for is crying at concerts. I’ve cried at Taylor Swift, The Fray, Brandon Flowers, The Rocket Summer, Lee Brice, Bastille, and as much as I hate to admit it, I broke down into tears at the sight of Harry Styles. When you’re with a friend, it’s 100% more likely that said emotional breakdown will make it on social media, and that you will NEVER live it down. If you’re by yourself, you can cry in peace. Alternately, feel free to dance your pants off without embarrassing the person you’re with!

3. It’s easier to get an amazing view.
I know you have all been there. Standing in a great spot at a music festival and out of nowhere a huge group of people try to squeeze past you to get closer. If that person is you, read this. Don’t ever be that person. BUT, if it’s just you in the crowd, it’s easier to maneuver your way to a spot at the front, even if it’s all the way to one side. I’m not saying to come to the concert late and do this, but if you have to go to the bathroom or hit the bar, it’s much easier to get back to where you were.

4. You can get to the venue whenever you want.
Sometimes I like to go to shows early to line up outside, sometimes I know I’m not interested in the opening act (this is totally rude, but in the spirit of honesty…), or I’m working late. When I go by myself, I don’t have to coordinate with anybody else and can show up whenever the hell I feel like it. I don’t have to be annoyed if somebody is late, or feel the pressure to hurry up and get ready and call an Uber so I don’t keep anybody waiting.

5. NETWORKING AND NEW FRIENDS.
True story, I wouldn’t be sitting here writing this article right now if I hadn’t gone to see BØRNS by myself last November (Hey, Emily!). If you go to a concert by yourself, and especially if you go early and find yourself in line, make a friend with somebody who is also by himself/herself. You never know what you might have in common or what opportunities may come up by meeting this new person. Plus, this new friend is also probably there for the music, and won’t be chatty when your favorite musician is up on stage.

*DISCLAIMER: I don’t recommend going to a festival alone. Festivals are long and exhausting and it’s really important to have a friend around so you can hold each other accountable for things like drinking water and reapplying sunscreen. If it’s a festival, grab a gal pal.*