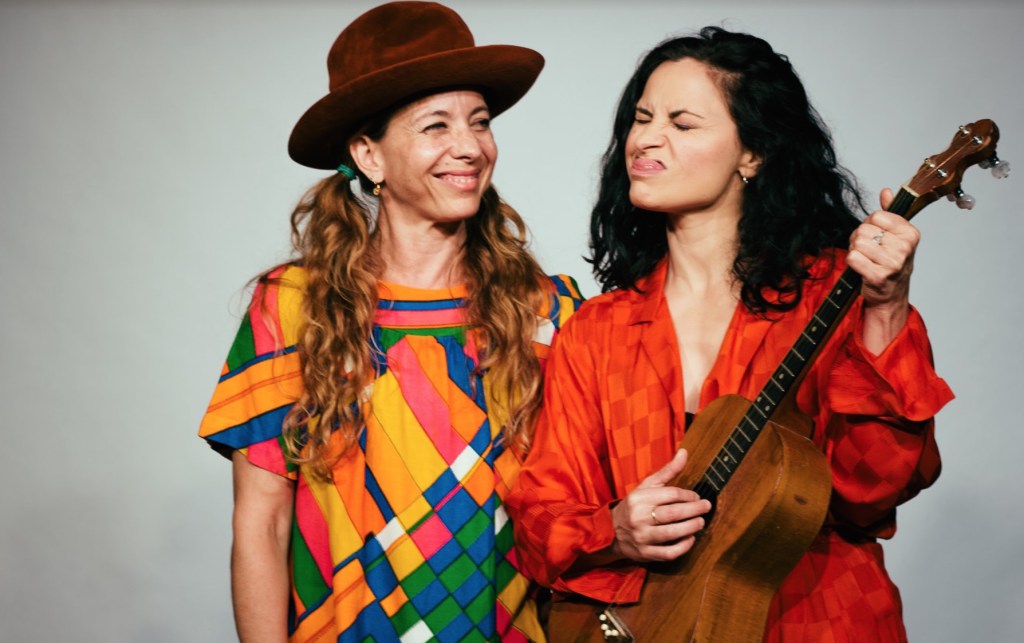 Launch Left is a new music podcast on Feral Audio, and it's a game changer. It’s hosted by Rain Phoenix and Moon Zappa and they dive deep into music and artist integrity as they interview legends of the music industry about up-and-coming artists.

At first listen, I immediately found myself nodding my head listening to their questions and their interviews as if I was in the room with them, fixated on their thoughts and suggestions.

Rain says, “It was an idea I’ve had for many years and who better to share it with than Moon Zappa, whose dad’s legacy was a big part o the reason for wanting to do something about artist’s integrity and artists who do it their own way, mavericks, Moon is a maverick in her own way and she suggested the podcast.”

A music podcast is nothing new, but having two women like Rain and Moon hosting it brings it to a new level for me. These two smart women that are empowering the next generation of intersting artists, I felt like a part of the conversation.

They’ve invited Moby, Michael Stipe, Spike Jonze, Mario Batali, Conor Oberst and more on the show to talk about the artists they love right now, Oberst launched one of our favs, Phoebe Bridgers.

“It’s a give-back model,” Moon says. “We’re starting with the music side of it, you expose the world to artists that need a little extra love and a little more launching. We’re more comfortable with what it takes to stand the fire.”

Both Rain and Moon had very unusual upbringings and were surrounded by music growing up. That’s what makes them so in-tune with the artistic world and makes their interviews so in-depth.

Moon says, “My dad would come back from tour with a bunch of vinyls and they called it 'world music' was unpleasant on the first listen but then I’d try to have relationship with that music. I wanted to hear how he heard it and it was a thrilling way to bond with him.”

It’s so hard right now for musicians to break through the charts without comprising their art and their values. It’s not like we have our obscure artists breaking through the mainstream. I mean have you ever heard St. Vincent on the radio? Launch Left is out to find those next visionaries that we might not stumble upon naturally.

Rain explains, “In the current music industry what tends to get the most love are pop artists and artists that can sell records or have have a lot of streams and still satisfy a corporate model. We were more interested in launching those left of center artists that don’t compromise their artistic integrity for what sells. There’s a lot of emerging music and art that should be more popular. It’s like trying to draw attention to shadowed artists that don’t get to the place where they’re launched into the light enough to be seen by a wider audience. We want to be one step closer to these artists seeing the light of day.”

It’s not only giving those emerging artists a space in the industry, but letting experience musicians and people that have that power with those big names have the chance to bring them forward.

Moon adds, “We want to create a community, there’s enough room for everybody. There’s also my high school rebel self that wants to be in the know first.”

In the know first, that’s what we all want to be, we want to have heard that new artist first and be the ones who sent them to our friends and put them on our playlists. That’s why they’re talking to industry leaders and curators.

Rain says, “We’ve had this opportunity to have these conversations with curators. We want everyone to have an ear on the ground with what’s coming up. We don’t want it to be conversations we have once in a while.”

Moon responds, “You want to talk to the experts in the field about anything they’re passionate about and who they’re fans of. So many people have those game changer stories. The concert the blew their kids, the album that got them through breakup and its what makes us humans.”

That is what makes us human, the music we bond over and how it makes us feel. Those curators have become fans of emerging artists, the ones that Rain and Moon want us to fall in love with and bring us these new songs that will change our lives too.

Listen to the podcast on Feral Audio and subscribe, I guarantee you'll find your new favorite artist.